SINGAPORE - British billionaire and inventor of the bagless vacuum cleaner James Dyson has bought the most expensive apartment in Singapore, where his company plans to build an electric car.

The three-storey "super penthouse" at the top of Singapore's tallest building sold for $73.8 million, according to media reports.

Accessed by its own lift, the downtown apartment once valued at S$100 million has five bedrooms, a 600-bottle wine cellar, pool, jacuzzi, and a private garden with city views that include the Marina Bay Sands hotel, marketing documents show.

Dyson, 72 and a Brexit supporter, announced plans in January to move his company's head office from Britain to Singapore to be closer to its fastest-growing markets.

His firm - whose products include bladeless fans, air purifiers and hair dryers - plans to build its first electric car in the city-state.

Read Also
Singapore's most expensive apartment on sale for $100 million 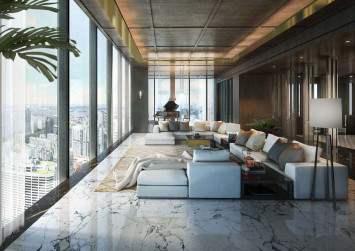 Before its unveiling, the highest asking price for the "bungalow in the sky" reached a dizzying $100 million in 2017, making it Singapore's most expensive.

Title records seen by Reuters show Dyson and his wife became tenants of the 99-year leasehold property on June 20.

The records did not state the price paid, but media reported Dyson, who has been given permanent residence status, bought the property for $73.8 million.

"Given the decision to locate the headquarters in Singapore and the growing focus of the company's business in the region, of course James Dyson has bought a property there," a Dyson spokesman said, without giving further details of the purchase.

Dyson is one of Britain's best-known entrepreneurs, creating a multibillion-dollar company from an insight that a cyclone could collect household dust better than a clogged-up bag.

Read Also
Why did Dyson pick Singapore to build its electric car? 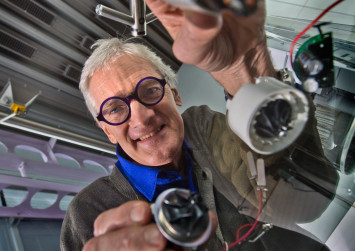 Singapore is an island of well-heeled stability that attracts the super-rich from its less-developed Southeast Asian neighbours, as well as millionaires from mainland China.

The city intensified property restrictions last year after a 9.1 per cent annual increase in home prices and as developers paid record amounts to buy land.

Foreigners now have to pay levies of more than 20 per cent to buy property under the new rules, but citizens and permanent residents pay far lower taxes.

"From the onset, the buyer was always going to be a foreigner," said Leong Boon Hoe of List Sotheby's International Realty, one of the agencies marketing the penthouse.

"It's a place to be able to showcase your wealth".