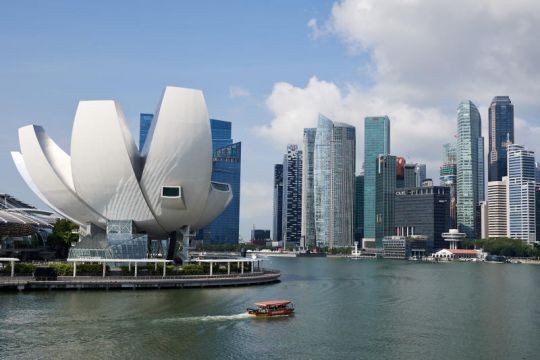 SINGAPORE - Armed with a $6.4 billion arsenal to fight the coronavirus and its fallout on the economy, this year's expansionary Budget could run a historic deficit of $10.9 billion - the highest in 10 years.

Coming in at 2.1 per cent of Gross Domestic Product (GDP), it exceeds the projected deficit of $8.7 billion in 2009 during the global financial crisis, when the Government rolled out a S$20.5 billion Resilience Package to help Singaporeans and businesses.

That deficit was eventually pared down to $0.82 billion, or just 0.3 per cent of GDP.

But unlike 2009 when the government dipped into the past reserves, some powder has been kept dry this time around - thanks to a surplus of 18.7 billion accumulated over the current term of government.

Unveiling the 2020 Budget statement on Tuesday(Feb 18), DPM Heng said that Singapore is expected to have a $10.9 billion budget deficit this year.

This is mainly due to higher collections from statutory boards' contributions, corporate and personal income tax and other taxes. But the increase will be partly offset by decreases in vehicle quota premiums and motor vehicle taxes.

Statutory board contributions - led by the Monetary Authority of Singapore (MAS) - are expected to go up by 44 per cent to $2.6 billion.

With the expected decrease in new Certificate of Entitlement (COE) quotas and weaker economic sentiment, revenues from vehicle quota premiums are estimated to dip by $0.3 billion to $2.6 billion - a 9.2 per cent fall.

Higher spending in healthcare, national development and transport, will be offset by lower development spending needs under trade and industry expenditure.

Healthcare spending is expected to spike by $1.9 billion or 16.2 per cent - thanks to higher subsidies to public hospitals and other healthcare institutions, as well as contingency funding to tackle the coronavirus (Covid-19) outbreak.

Major development projects such as the Woodlands Health Campus, Singapore General Hospital Emergency Medical Building and IT infrastructure, will also add to the healthcare bill.

A $0.7 billion (7.1 per cent) increase in transport spending will go to MRT development.

Since 2016, the returns from Singapore's invested reserves has been the single largest source of Government revenue.

For this year's Budget, the trend is set to continue with NIRC estimated at $18.63 billion.

In the last two years, reliance on the NIRC has increased with the component growing slightly as a percentage of Gross Domestic Product (GDP).

Singapore introduced the Net Investment Returns framework back in 2008. This started out with the reserves managed by GIC and the MAS. Temasek was included in the framework in 2015.

WHAT HAPPENS WHEN THERE IS A BUDGET SURPLUS OR DEFICIT

The Government is required to maintain a balanced Budget over each term under Singapore's Constitution. Any budget surplus or deficit cannot be carried over to the next term of government.

However, it can accumulate surpluses over its term, which is typically five years.

Under each term of Government, any surplus at the end of a fiscal year (FY) is kept as current reserves. These can be tapped, if needed, in subsequent years during its term.

Since the current term of Government took office after the 2015 general election, it has managed to accumulate surpluses, which last year were shared with Singaporeans through the Bicentennial Bonus. Low-income Singaporeans received up to S$300 in GST vouchers, among other announcements.

At the end of each term of government, the accumulated current reserves are transferred to the past reserves, which are protected by the Constitution.

The Government may draw on past reserves to supplement its budget in times of unusual expenditure needs, but only with the approval of Parliament and the President. This was done in 2009 during the global financial crisis.

A budget deficit in any given year is not an issue, so long as it can be offset by surpluses accumulated since the start of the current term of Government.

This would be the case for this year's estimated budget deficit.