Budget 2022: Govt to co-fund pay raise of local lower-wage workers over next 5 years

An initial $2 billion will be set aside this year to fund this scheme, said Finance Minister Lawrence Wong.

SINGAPORE - Employers who raise the pay of their local lower-wage workers over the next five years will receive co-funding under a new scheme.

Under the new Progressive Wage Credit Scheme, these subsidies will apply for local workers - that is, Singaporeans and permanent residents - earning a gross wage of up to $2,500 a month.

Employers must make an average gross monthly wage increase of at least $100 in a year to qualify for the support for that year. The payouts will be credited automatically by the Inland Revenue Authority of Singapore by the first quarter of the year following the wage increases.

Mr Wong said in his Budget speech that an initial $2 billion will be set aside this year to fund this scheme, which is meant to provide transitional support for businesses as the progressive wage model (PWM) is rolled out in more sectors and jobs.

"All of us - businesses, consumers and taxpayers - will have to do our part and contribute to uplifting our lower-wage workers," he said. 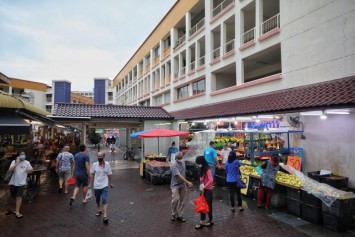 Prime Minister Lee Hsien Loong had announced during the National Day Rally last year that the Government had accepted the recommendations of the Tripartite Workgroup on Lower-Wage Workers, which included extending the PWM to the retail, food services and waste management sectors, and to in-house cleaners, in-house security officers, in-house landscape workers, administrators and drivers across all sectors.

The model sets out minimum pay and training requirements for workers at different skill levels.

From September this year, companies employing foreign workers will also need to pay all local employees at least the local qualifying salary, which is currently set at $1,400 a month.

From March next year, companies will need to be accredited with the new Progressive Wage Mark - meaning they follow the progressive wage model and the local qualifying salary - in order to take on government contracts. 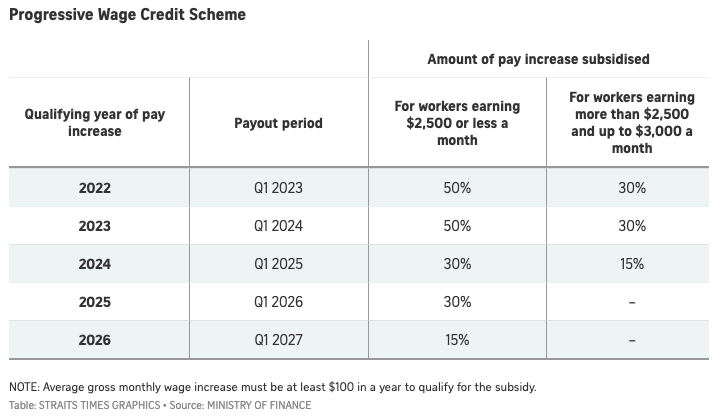 "I recognise that firms may need time to adjust to these changes," said Mr Wong.

"Some may have locked in long-term contracts based on certain wage assumptions and now face higher manpower costs. Others may find it difficult to raise prices in the short term to support the wage increases."

He assured employers that the initial injection of $2 billion into the Progressive Wage Credit Scheme fund will provide certainty of funding for the wage increases over the next five years.