Bus and train fares to rise by 6 cents per trip from Dec 29: PTC 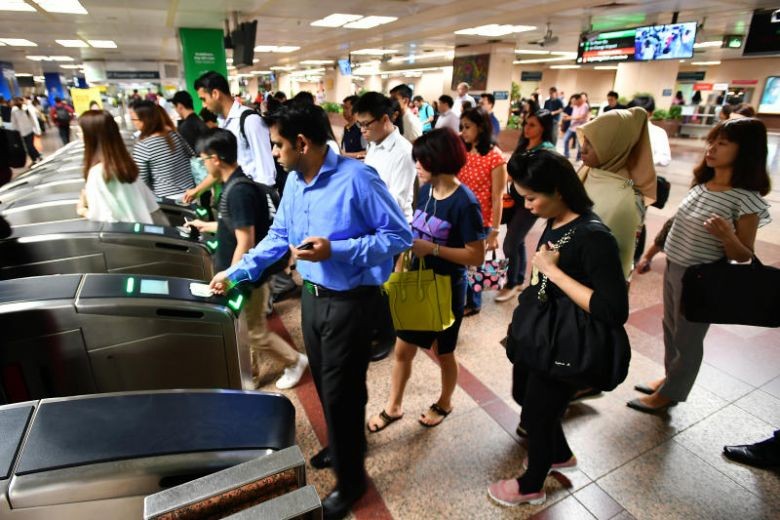 SINGAPORE - Bus and train fares will rise by six cents per trip from Dec 29, when the latest annual revision approved by the Public Transport Council (PTC) kicks in.

But student and senior citizen card fare increases will be capped at one cent, while their cash fares remain unchanged.

The rise for lower-wage workers and people with disabilities will also be capped at one cent.

The changes were announced by the PTC on Tuesday (Oct 30).

The adjustments will translate to an increase of $78.2 million in fare revenues for public transport operators for 2019. Out of that, train revenue will rise by $35 million - with SBS Transit seeing a $10.9 million increase and SMRT seeing a $24.1 million hike.

The remaining $43.2 million goes to the Land Transport Authority, which administers bus contracts.

PTC chairman Richard Magnus pointed out that this would not be enough to offset the $1 billion annual bus subsidy that the Government expects to pay for the next five years.

Even so, he said the council sought to "narrow the gap between cost and revenue as much as possible", while keeping in mind the interest of commuters.

He said fares have fallen by a total of 8.3 per cent between 2015 and 2017. And based on feedback it gathered from 10,400 people, the PTC said 70 per cent of commuters found public transport fares to be affordable, and 60 per cent said they were willing to bear a higher fare increase to mitigate the impact on more vulnerable groups.

This year's fare adjustment took into account a new component - the Network Capacity Factor (NCF), which calculates the difference between transport supply and commuter demand. Other components include changes in core inflation, wages and energy cost.

This round, the NCF - which took into account the additional buses pumped into the network last year and the first stage of the Downtown MRT line - contributed 3 percentage points to a 7.5 per cent increase the formula allowed. But because there was a carry-over reduction of 3.2 per cent from 2017, the latest adjustment comes up to 4.3 per cent, or six cents per trip.

With Singapore's rail network doubling by 2030, Mr Magnus was asked if that meant commuters will have to brace themselves for larger fare increases.

He said much depends on whether demand matches supply, but added: "I don't think there'll be a fare reduction next year."