SINGAPORE - A jealous lover who hired hitmen to attack a waiter after he learnt the man was seeing his mistress has been found guilty of being part of a conspiracy to cause grievous hurt.

The judge also found a middleman linked to the attack - mover Ong Hock Chye, 48 - guilty of the offence. The pair were convicted after a 10-day trial.

Mr Koh, now 35, was ambushed on April 30, 2016, and slashed with a penknife while at a Townshend Road eatery near Little India.

He now has a permanent scar on his face. 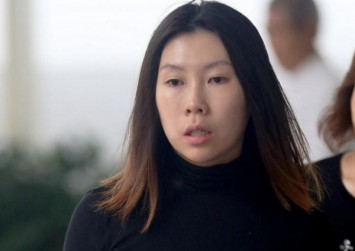 Lim and Ong are the last two people to be convicted in court over their role in the attack.

They were each sentenced to between 15 months and 14½ years' jail.

Of these four men, only Juhari, who had punched Mr Koh but did not slash him, was spared the cane.

Irwan, who was also found guilty of drug trafficking, received the harshest sentence, which also included 16 strokes of the cane.

His then fiancee - Nur Atika Fauziana Sherhan, 22 - who was also involved, was sentenced earlier to reformative training.

The court heard they became involved in an "intimate relationship" later that year and Lim supported Ms Chen financially.

He allowed her to live rent-free in a unit at The Parc condominium in West Coast Walk, showered her with gifts and even bought her a luxury car.

The DPPs said: "In return, Lim expected her to be faithful to him, and not to 'fool around outside'." 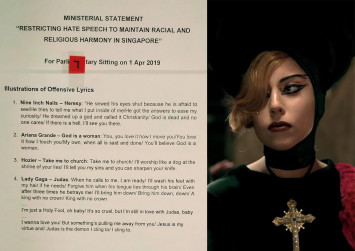 Lim was enraged when he learnt of her infidelity.

According to court documents, the businessman told his nephew to "teach Joshua a lesson" and Ron Lim roped in Ong to recruit others to carry out the task.

The DPPs stated: "At Ong's suggestion, the plan evolved into slashing Joshua's face, which Lim (Hong Liang) agreed to.

"At all stages, Lim and Ong were actively aware of the manner and extent of the eventual attack on Joshua."

Mr Koh and Ms Chen were having supper at Huay Kwang Thai Kitchen at around 1am when Irwan and his group ambushed him.

The DPPs said: "The disfiguring wound would be a poignant reminder to the victim to stay away from (Lim's) mistress."

Offenders convicted of causing grievous hurt with a weapon can be jailed for life or jailed for up to 15 years with a fine or caning.

Lim cannot be caned as he is more than 50 years old.