[UPDATE March 16] Having personally encountered fare evaders, CityCab driver A. Jayaraja told AsiaOne on Saturday that he initially had doubts when Teo told him about his predicament.

But Jayaraja could relate to Teo, being a husband and father himself. The cabby could not bear to leave Teo in the lurch and lent $10 to him. He was even prepared to forfeit the amount as well as the $12 fare.

He said: "I wasn't sure if I could trust him at first but he was so genuine. In the end, I decided that sending him to and fro, and lending him money was the least I could do. After all, it was not a big amount. I was ready to forfeit it.

"I wasn't expecting him to return it, much less share what I had done on Facebook. I'm just glad it turned out well for Mr Teo and his wife."

Kindness can be found everywhere, though whether it's given freely or not is another matter.

One Singaporean man, Esmonde Teo, recounted his positive experience with a ComfortDelGro cabby on Facebook, complimenting the driver behind the wheel of SHA 8207.

Teo, who had forgotten his wallet when he left home in a rush, told AsiaOne that the cabby had driven him from his home in Segar Rd to Bangkit Rd and back to pick up dinner for his "heavily pregnant wife".

The ComfortDelGro driver even loaned Teo $5 to tabao food.

"Awww... Such kindness," went the internet in unison.

However, a closer look at the man's post reveals more to the story.

Teo noted that the driver was initially unwilling to loan him the money for dinner, mentioning that he was "too much" for making such a request. In the end, his mobile phone was used as collateral to guarantee his return.

"I told him sorry and pled (with) him for (a) few times to help me out as my wife (is) heavily pregnant.

"I surrendered my phone to him to convince him," wrote Teo in a Facebook post, which was accompanied by a picture of the cabby. 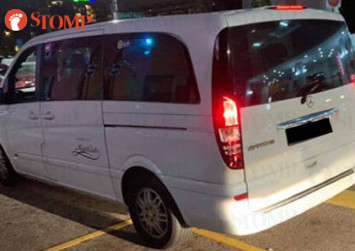 However, Teo is still immensely grateful to the cabby, who to his credit, stayed true to his word and waited for him.

Teo mentioned that the taxi driver "deserves a compliment for great service and (for being so) understanding (towards) my situation," even though the cabby had "doubted me when I mentioned (that) my wallet was not with me."

With numerous reports of taxi passengers evading fares, the cabby's doubts were not unjustified.

"Such driver(s) rarely exist; it's not their (the taxi drivers') fault for (having) trust issues," added Teo.

And yes, Teo did repay the cabby upon reaching home and delivering the packed food to his wife.

#Comfort Delgro #Taxis #viral #In Case You Missed It