The Budget debate ends in March, and Prime Minister Lee Hsien Loong hinted that the changes could be made in April or May.

BUENOS AIRES - Changes to the Cabinet to put younger ministers in key posts will be announced some time after the Budget debate next year.

Prime Minister Lee Hsien Loong gave this indication of the timeframe for the Cabinet reshuffle in an interview with Singapore media last Saturday (Dec 1) in Argentina, where he was attending the Group of 20 Leaders' Summit.

The Budget debate ends in March, and Mr Lee hinted that the changes could be made in April or May.

But for the leadership transition to the fourth-generation (4G) team to happen according to plan, the People's Action Party (PAP) must first win the next general election, Mr Lee added.

"It depends on the party staying together and the party winning elections. And the first thing to do will be to win the next election," he said. 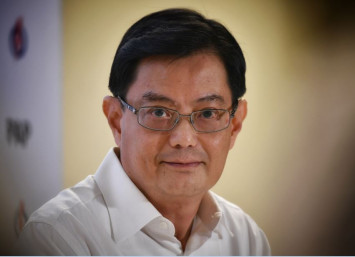 Finance Minister Heng Swee Keat is expected to be named deputy prime minister, the post which Singapore's second and third prime ministers - Mr Goh Chok Tong and Mr Lee respectively - held while they were earmarked for the top post.

"The 4G ministers have decided that Swee Keat will be their leader... and the MPs have endorsed this conclusion. So the party's position is clear."

As for the next PM, he said: "First, we have to fight an election. We have to win the election and after that, if all goes according to plan, well, the succession happens within the PAP, there are no surprises."

He added that he hoped the leadership transition would work out that way, saying that this mechanism had worked out well for Singapore by providing stability, continuity and renewal of leadership and policies.

Asked if he would appoint Mr Heng as a DPM at the upcoming reshuffle, Mr Lee replied: "In due course, I will reshuffle Cabinet, then you will see what we do."

The last reshuffle was announced in late April 2018, and Mr Lee added: "So next year around the same time, I think it is reasonable."

Mr Lee also gave a flavour of how the fourth generation of leaders would take the lead in the coming election.

They will do so by setting the party's agenda, working out its policies, preparing the manifesto, making the pitch to the public, actively campaigning, and organising the election, he said. 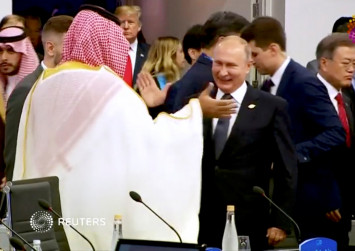 "The 4G will be very much in the thick of things. Even in the last election, they were very actively involved organising, although... I was more prominently making the pitch," he said.

He added: "I'm still the leader, so in the next election, I will be the leader and I will lead the party into the election. But the content of the policies and how they are presented, and what they want to do, I think the young ministers will have a lot to say about that."

Mr Lee also said the PAP would be going into the coming election with a team that has "depth" - comprising not just the PAP's present leaders who are in their late 50s and early 60s, but also "the next generation of leaders in their 40s and 50s, ready to take over".

"That's a very strong message, which goes beyond any specific policies and manifesto items or promises," he said. "The commitment is we are here to serve and not just for now, but to serve into the future and you can rely on us."