Cats injured by glue traps meant for rats in Redhill

At least three cats have been injured after being caught in glue traps placed near the Hao Mart outlet in Redhill Road.

SINGAPORE - Several community cats in Redhill have been injured by glue traps recently.

According to Cats of Redhill, a Facebook community page for the community cats in the neighbourhood, as of last Saturday (Jan 12), three cats have been caught in glue traps that were laid near the Hao Mart outlet in Redhill Road.

Two of the cats had to be sent to a veterinarian for treatment, the community page said in a post.

The minimart manager, Mr Chen, who is in his 60s, told Chinese paper Shin Min Daily News that the minimart had started encountering trouble with rats two years ago. This led it to engage a pest control company to help resolve the rats issue.

Update : It was never our intention to make lives difficult for anyone or party. We only want to highlight the issue...

According to Mr Chen, the pest control company goes down to the minimart outlet every month to get rid of the rats, and glue traps are one of the anti-pest measures.

However, in recent weeks, several cats have gotten caught by these traps.

Several residents of the area have asked him to remove these traps in the cats' interest, Mr Chen added.

The glue traps have helped with the minimart's pest issues, he told Shin Min, and there have been days where up to three rats were caught in the traps. 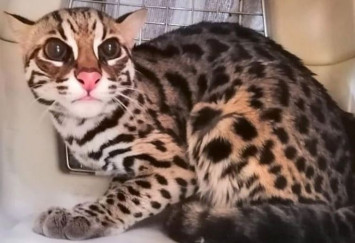 Rentokil Initial was engaged by Hao Mart to conduct pest control. In response to queries from The Straits Times, a Rentokil spokesman said that the pest control firm placed the glue traps only within the minimart.

The spokesman clarified that the glue board in the bushes where one of the cats was hurt was not placed by Rentokil as it was out of the minimart's "boundary", and suggested that the glue traps could have been "tampered" with.

"We do not put glue traps in bushes as this is simply ineffective, as rain, sunlight and outdoor moisture will quickly render the glue trap useless," the spokesman said.

The Society for the Prevention of Cruelty to Animals' (SPCA) executive director, Dr Jaipal Singh Gill, told ST on Monday that it has received feedback from the public about the matter and is currently investigating the case.

"The SPCA is against the use of glue-board traps as they cause unnecessary suffering to animals trapped on them," Dr Gill said.

"We have written in to the authorities before to ask for a ban on these traps. We strongly encourage the public to not use glue-board traps and retailers to cease the sale of such traps."

ST has contacted the Agri-Food and Veterinary Authority for more information.