Chas subsidies for about 7,700 people miscalculated due to IT error: MOH

SINGAPORE - About 7,700 people who applied for and renewed their Community Health Assist Scheme (Chas) cards in September and October last year received inaccurate healthcare subsidies due to a computer system error.

The Ministry of Health (MOH) said in a statement on Saturday (Feb 16) that the computer system, administered by NCS, had miscalculated the means-test results of these 7,700 individuals.

This figure makes up about 17 per cent of people who made applications and renewals from Sept 18 to Oct 10 last year.

The bungle was due to an "isolated case of human error" said NCS, resulting in an incorrect version of a software being deployed during a system migration. 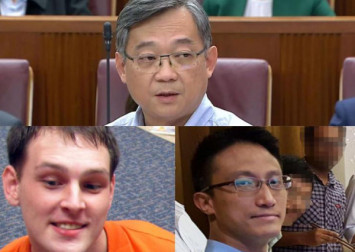 MOH said that the means-test and subsidy tiers for the affected individuals have been corrected by Saturday. Those affected are not required to take any action for now.

About 1,300 individuals received lower subsidies due to the error. This group will have the difference reimbursed to them, MOH said. The total amount is estimated to be about $400,000.

Another 6,400 individuals received higher subsidies but will not have to return the additional subsidies disbursed, the ministry added. An MOH spokesman said that the total amount for this group is estimated to be about $2 million.

"MOH intends to recover from NCS the costs and expenses incurred as a result of this incident, as allowed for under our contract," the spokesman added.

MOH said that it first detected a discrepancy in the means-test results of a Chas card holder on Sept 24 last year. 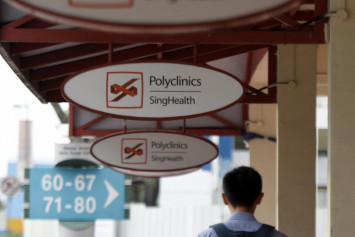 In November, NCS traced the cause of the discrepancies to a software version issue on a server used by the means-test system. This happened when the system was migrated to another government data centre in September.

Hence, the means-test results were computed without the requisite income information, MOH said.

NCS also found that its deployment team had, in fact, fixed the software version issue earlier on Oct 10 last year, in response to an unrelated slow performance issue.

This prevented further cases of errors from happening, but failed to correct the means-test results generated from Sept 18 to Oct 10.

"As a vendor, we are accountable to MOH, our client, and we regret the error and inconvenience caused to our fellow Singaporeans," Mr Ng said.

Since December, MOH has worked with NCS to establish the extent of the impact of the error.

It has also determined the correct subsidy tiers for each individual under the different services and schemes.

MOH said that its final assessment was completed on Jan 14.

The ministry will now work with grant scheme administrators and healthcare institutions to finalise the remedial actions plans, including how affected individuals are to be informed and reimbursed.

Service providers and scheme administrators will progressively inform affected individuals and arrange reimbursements where applicable, with this process to be completed by mid-March.

The ministry added that it takes a serious view of the incident and has worked with NCS on appropriate remedial measures.

It will also be working with NCS on measures to prevent such errors in the future.

Currently, Chas subsidises outpatient medical and dental treatments for lower-to middle-income citizen households and the Pioneer Generation, which refers to Singaporeans who were aged 16 and older in 1965.

At last year's National Day Rally, Prime Minister Lee Hsien Loong announced that Chas will be expanded to all Singaporeans with chronic ailments to provide tiered benefits according to a patient's income level. Details of the expanded Chas will be provided this year.