The 67-year-old founded Stroke Support Station (S3) in 2015, an initiative that was started by volunteers to support stroke survivors and caregivers.

S3 programmes are supported by medical professionals and therapists from various acute and community hospitals in Singapore.

Ms Chew started the charity after realising that there was a need for increased community support to reintegrate stroke survivors into society and ensure their well-being.

She helmed various portfolios at NTUC FairPrice, including in procurement and marketing and corporate communications, and was general manager of NTUC FairPrice Foundation. She had more than 25 years of experience in management, marketing and branding in the consumer and retail market.

Ms Chew was a supporter of community programmes for the elderly through collaborations with institutions such as the National University Health System and People's Association. She was also on the board of trustees of SingHealth Foundation (now known as SHF-Foundation) and a former president of Girl Guides Singapore.

She graduated from the University of Manchester Institute of Science and Technology. 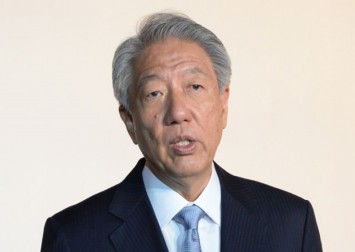 "I know Poh Yim in two capacities. She was of course the ever gracious, thoughtful and caring Mrs Teo Chee Hean. We were also colleagues at NTUC FairPrice for a period of close to 10 years where we worked together closely.

"In the different roles she took on, she was always thinking of the organisation, the staff and customers. From time to time, we would also share our views on various matters and on topical issues," he said.

He described her as an authentic and forward-looking colleague, with a positive outlook and clarity of thought. "She was firm but fair. I found it easy to talk to her and appreciated her views... We will all miss her."

A private family funeral was held on Tuesday. Ms Chew leaves behind Mr Teo, a son, a daughter and a grandchild.