Child at a Pasir Ris kindergarten who tested positive for Covid-19 was in school two weeks ago: ECDA

The child has been in quarantine and away from Bethesda (Pasir Ris) Kindergarten for more than 14 days.

SINGAPORE - A pre-schooler at Bethesda (Pasir Ris) Kindergarten who tested positive for Covid-19 last Thursday (April 29) was last in school two weeks before the diagnosis.

In response to queries, the Early Childhood Development Agency (ECDA) said on Monday (May 3) that the child was quarantined on April 15 after coming into contact with a relative who had the virus.

As the child has been in quarantine and away from the kindergarten for more than 14 days, staff and children in the pre-school were not placed under quarantine or on leave of absence by the Ministry of Health (MOH) and ECDA, said a spokesman.

While ECDA did not identify the child, the Ministry of Health reported that a four-year-old girl was among cases in the community who tested positive for Covid-19 on April 29.

She is linked to the 34-year-old National University of Singapore research fellow who was confirmed to have the virus on April 15. 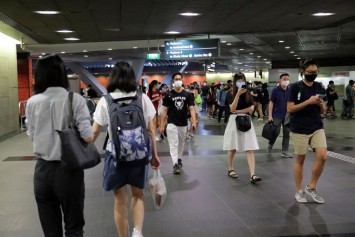 There are five cases in the cluster so far, including the girl, her mother and father, who is the NUS researcher's brother.

As a precautionary measure, the kindergarten conducted thorough cleaning and disinfection on the same day the child tested positive.

"ECDA is working closely with the pre-school to ensure the health and well-being of all," the ECDA spokesman said.

All pre-school children aged two and above are currently required to wear masks or face shields when in a group setting.

Pre-schools are allowed to be flexible about getting some children to comply with mask-wearing, including those with special needs.

There may also be times during the day when it may not be practical or safe for children to wear masks or face shields, such as during meals and nap time, the ECDA spokesman said.

He added that the agency will continue to monitor the situation as well as review and adjust measures for pre-schools accordingly.