Kotra Venkata Sai Rohankrishna was dressed in a Spiderman costume when he and his friends joined the crowd.

SINGAPORE - To film footage for his YouTube channel, Kotra Venkata Sai Rohankrishna and three of his friends joined a crowd in Clarke Quay on New Year's Eve last year.

Dressed in a Spiderman costume, Kotra actively engaged the crowd. A few days later, he uploaded a video that contained footage of him breaching Covid-19 safe management measures.

The 19-year-old Singaporean was fined $4,000 in court on Tuesday (May 31) after he pleaded guilty to two charges under the Covid-19 (Temporary Measures) (Control Order) Regulations 2020.

Deputy Public Prosecutor Jeremy Bin said in court documents that some time on or before New Year's Eve last year, Kotra came up with the idea of interviewing intoxicated members of the public to create a video for his YouTube channel.

He got help from his friends Glaxy Low Xuan Ming, Lee Hern Sing and Mr Putchakayala Akash, who agreed to participate in and film his video.

Lee and Mr Akash would operate the lighting and camera equipment, while Low would wear a wrestling mask and play-act in his video.

On the night of Dec 31, Kotra met the trio at Prinsep Street to interview members of the public.

Kotra was in a Spiderman costume to attract attention to himself, said DPP Bin, who added that Kotra wore the costume for the rest of the night and did not wear a face mask under it.

The group moved to Clarke Quay at around 11pm, where large crowds had gathered.

From about 11.30pm to around 12.15am the next day, the four of them gathered with numerous members of the public at various locations in Clarke Quay, including outside Clarke Quay Central and Riverside Point, to film the footage. 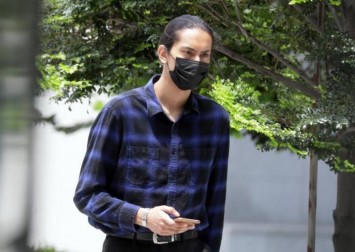 While being filmed, Kotra and Low play-acted at wrestling, which drew attention to themselves.

DPP Bin said: "By virtue of their costumes and actions, they were focal points of attention in the crowd."

Following the incident, Kotra edited and curated the footage into a video lasting four minutes and 22 seconds.

He also included a narration for the video, stating that "this New Year's celebration was a complete slap in the face to the law".

He uploaded the video to his YouTube channel on Jan 3.

Kotra's footage showed that he had failed to keep to a group of five or fewer individuals, or keep a safe distance of at least 1m from several individuals, in line with the prevailing safe management measures then.

DPP Bin asked for a fine of $5,000 for Kotra, saying in his written sentencing submissions that Kotra had organised the outing and that the breach was premeditated.

DPP Bin added: "Based on the nature of the breach and the accused's culpability, a fine is sufficient.

"Nevertheless, the accused was the mastermind in the present case. His culpability is the highest of any person in the Clarke Quay incident charged thus far."

Five other men have been fined $1,500 each for breaching Covid-19 regulations in relation to the New Year's Eve gathering in Clarke Quay.

In a statement on March 21, the Urban Redevelopment Authority said 14 people had been hauled to court for the incident, while 19 people have been issued composition fines.

Videos posted online show a rowdy crowd cheering, singing and celebrating, in what the authorities called a blatant flouting of Covid-19 safe management rules and a potential super-spreader event.

Those found guilty of breaching Covid-19 regulations can be fined up to $10,000, jailed for up to six months, or both.