With clubbing off the table, Zouk is turning its dance floor into spin studio by day, cinema by night

Zouk nightclub's tie-up with Absolute Cycle allows the club to better utilise its space while helping the spin studio cater to excess demand.

Zouk nightclub will be transforming its dance floor into a spin studio by day and cinema by night, as it pivots to stay afloat with clubbing off the cards for the foreseeable future.

Zouk Group's chief executive Andrew Li told The Sunday Times that the tie-up with spin studio Absolute Cycle will allow the club to better utilise its space, and help its partner cater to excess demand as safe distancing rules have forced fitness studios to reduce their capacity.

Zouk can accommodate 50 bikes across two floors, Mr Li said, adding that classes will run seven days a week, starting tomorrow. "We have all this space, and the sound system, lighting and smoke machines make for the perfect setting."

"We can set up spaced-out tables of up to five and decorate the club to match the theme of the month. We're also working on food programming to complement the movie experience," Mr Li said.

In July, the Clarke Quay club converted Capital, a lounge in the 31,000 sq ft Zouk complex, into a dine-in eatery. Renting space to Lazada for live streaming has also been among the new sources of revenue.

Zouk's latest plans come as the closure of nightclubs, karaoke joints and bars without food licences extends into its seventh month.

While there have been hints that phase three of Singapore's reopening may be on the horizon, many owners of establishments fear they will not be able to reopen as planned.

Some say they are anxiously awaiting updates on support to help operators pivot or exit, which was announced by Deputy Prime Minister Heng Swee Keat in August. 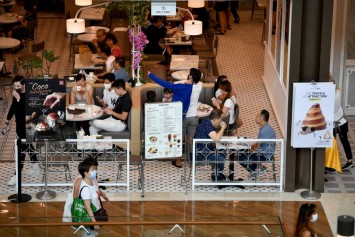 Mr Li said packed dance floors are unlikely to return in the near future. "We have to keep thinking outside the box because we don't know how long this will last."

He said the new revenue streams, combined with wage subsidies, have allowed Zouk to break even and retain staff. The transformation into an all-day destination is also part of Zouk's larger shift from nightlife operator to lifestyle group, Mr Li said.

"You can spin in the afternoon, watch a movie and have dinner all in the same place," he said, adding that plans to partner hotels on staycation packages are in the works.

Meanwhile, other nightclubs like Bang Bang and Lulu's Lounge remain in hibernation mode as parent SJS Group focuses on its other food and beverage brands, while venues such as Marquee are keeping the party going with virtual events.

Some operators say there are hurdles in pivoting.

Mr Volkan G., managing director of F Club x Attica, said the nature and layout of the unit make changing its use difficult. "Pivoting might not be economical, looking at the investment needed; it might also be difficult to keep the club licence afterwards."

Ms Francesca Way, co-founder of entertainment and nightlife company A Phat Cat Collective, said plans to reopen its arcade-themed bar and nightclub Nineteen80 as a dining concept have been delayed.

This is because its application to temporarily change the unit's use remains under assessment by the Urban Redevelopment Authority, pending the Government's review of its approach to nightclubs.

While Zouk has been able to pivot, it has been extremely difficult for other nightclubs to do so without a pre-existing kitchen and help from landlords and the authorities, given the complexity of the process, Ms Way said.

Read Also
From nightclub to restaurant: Here's what it is like to dine at Zouk's Capital Kitchen in Clarke Quay 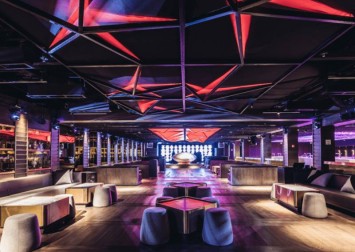 Mr Joseph Ong, managing director of 1-Group, said he is waiting for approval to transform Yang club at Clarke Quay into a dinner and entertainment concept.

Mr Ong, who is president of the Singapore Nightlife Business Association, said the industry has been engaging the authorities on the avenues of support for the businesses.

To help its members pivot, the association is working with Enterprise Singapore to simplify the process of applying for the Enterprise Development Grant, which will help fund up to 80 per cent of eligible costs.

It has also proposed extending alcohol-sale hours at licensed establishments beyond 10.30pm and allowing karaoke joints to reopen with safe management measures in place.

Asked about these proposals and if nightlife will be allowed to reopen in phase three, the Ministry of Trade and Industry said it is taking a cautious approach to entertainment establishments in the sector, given the higher risk of Covid-19 transmission.

The Government is closely engaging the industry to work out possible solutions to move forward, a spokesman said.

"Nightlife businesses have submitted proposals which we are reviewing carefully, and we are also exploring ways to support them, such as switching to activities that are permitted."

This story was first published in The Straits Times. Permission required for reproduction