After what seemed like a relentless surge upwards to new highs, COE premiums, for Categories B and Cat E at least, saw a slight dip in the latest round of bidding in August, although they both remained above the $100,000 mark.

Category E, which is open to all vehicles except motorcycles, but usually ends up being used for big cars, saw premiums go down by $1,001 to end the bidding at $113,000.

It represented a slight dip from the last exercise in July, which saw premiums reach an all-time record high price of $114,001.

The latest bidding exercise is the first one since the Land Transport Authority (LTA) announced changes to the formula for calculating COE quotas, which will now take an average of the number of de-registrations of the preceding two quarters (or six months), instead of basing it purely on the number of registrations from the previous quarter (or three months).

The new formula actually saw a drop in quota for this round over the preceding period, so the fall in prices does seem a bit surprising.

Word on the ground though is that car showrooms have been notably emptier these past few weeks, with buyers seemingly staying away, perhaps spooked by the record premiums seen over the last couple of months. Indeed, the theory does play out, with Cat B alone drawing some 90 fewer bids in this exercise as compared to the last round in July. 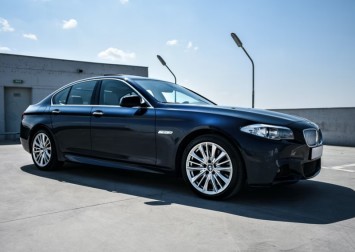 That said, Cat A COEs actually did see prices go up, but again there were far fewer bids placed this time round as compared to the preceding rounds (689 bids as compared to 834 bids in the last round). What this indicates is that while there are fewer buyers, they are actually bidding even higher premiums.

The inference there then is that whoever is buying cars right now, especially in the mass market segment, seems to have deeper pockets than the average buyer.

Given that walk-in buying sentiment at showrooms is apparently weak, we can only guess that the demand is being fuelled by company fleet buyers, like car sharing and private hire rental firms. The signs are certainly there, with car sharing company GetGo, for example, seemingly adding new cars to their fleet every other week.

And so we have a situation which essentially cancels each other out. Actual individual car buyers are staying away, perhaps too afraid to commit to the sky-high premiums, but demand is still being sustained by your 'non-conventional' buyers like fleet companies and cash-rich foreigners.

In that sense, COE premiums will probably not see too much of a deviation in the immediate months ahead. Perhaps this is what the LTA meant when they say that they aim to 'reduce the volatility in fluctuations' with the new quota calculation method.

This article was first published in CarBuyer.