SINGAPORE - There were mixed reactions among commuters after the increase in adult fares for public transport was announced, with some disappointed with the timing.

“A lot of people either lost their jobs or got demoted and received pay cuts (during the Covid-19 pandemic) so this is not the best time to increase fares,” said Al Marquez, 32.

“Operators can look at other cost-cutting measures, including reducing the frequency of bus operations. Fare hikes should always be the last resort,” the sales consultant added.

Following its annual fare revision exercise, the Public Transport Council (PTC) on Wednesday (Nov 3) said bus and train fares will go up by 2.2 per cent from Dec 26.

It cited increases in operational costs and the continued reduced number of commuters on buses and trains as reasons.

For adults who pay their fares by card, it translates into a fare hike of three to four cents. Seniors, students, people with disabilities and low-wage workers will see a one-cent increase.

To defray the increased costs, the Government said it will lower the criterion for public transport vouchers so that more households can use these.

Qing Tang, 25, said the increase was “quite affordable”. 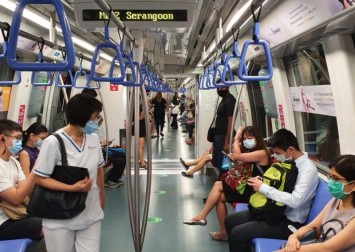 “3 to 4 cents is not much. I take the bus everyday to and from work, and even then it comes up to between $1 and $2,” the interior designer added.

“I would be more okay with paying higher fares if bus drivers are better paid, less so if it is to increase company profits.”

Francesca Phoebe Wah, founder of Bringing Love to Every Single Soul (Bless), a non-profit organisation that works with low-income families, said transport costs have always been a concern for those she helps.

“It’s something that has always been at the back of their minds,” she said. “Many already make decisions about their lives based on distance, such as trying their best to find a workplace that is within walking distance from their home.”

Kelly Ng, who is with GrabFood, said she sometimes takes the bus to make her delivery runs, but will now consider walking more often.

“I was upset the moment I saw the news. Fares have been increasing almost every year and earning is hard. A one-cent increase would have been more acceptable,” she said.

Professor Walter Theseira of the Singapore University of Social Sciences said the fare review did not take into account surging energy costs the world is currently facing – a phenomenon which should be reflected next year.

“The fare review exercise is based on lagging indicators. What has been happening over the last few months is not considered in the fare review formula, which is based on changes in the previous year,” he noted.

“This year, there was actually a negative adjustment due to the effect of the sharp fall in energy prices in 2020.”

Associate Professor Raymond Ong of the National University of Singapore said in addition to energy prices, in the next one or two years, ridership and cost of operations due to safe management measures will influence fare price adjustments.

Read Also
Bus, train fares to rise by 7% from Dec 28; hike capped at 4 cents per trip for 1 in 2 Singaporeans 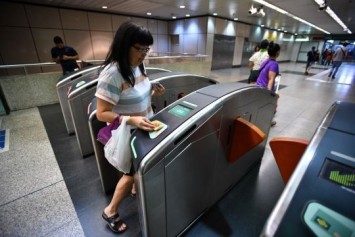 “I would consider this year as a one-off event where everyone in Singapore is trying to adjust to the new normal and it was not prudent to have a huge fare increase,” he added.

Prof Ong added that the current fare adjustment formula is ill-suited for short-term shocks like the pandemic.

“Disruptions in technologies, movement towards sustainable energy sources and electric buses or even learning to live in the new normal may warrant a need for a more robust fare revision formula,” he said.

The current fare formula is valid until next year.

The academics said public transport operators will remain under pressure in the coming year despite the fare increases, and said there may be a need to review the financing structure for public transport if ridership remains low.

Prof Theseira said: “The main challenge to profitability is that passenger loads are low compared to service capacity, and we still need to run a standard schedule of services to provide connectivity, especially for Singaporeans who cannot work from home.

“Even after implementing this hike, we can expect that operating subsidies will be significant for the Land Transport Authority.”

MP Saktiandi Supaat, who chairs the Government Parliamentary Committee for Transport, said it is difficult to forecast when ridership will return to pre-Covid-19 levels.

“There could be some improvement in 2022 but it is more probable that it is closer to end 2022 or 2023. It depends on the Covid-19 situation and how we return to work normalcy and reopen borders,” he told The Straits Times.

He added that ridership could still be lower in the long term as more people get used to working in hybrid modes.

“The PTC tried to balance the welfare of commuters and the financial sustainability of the public transport system in the long run.

“Not an easy task given the economic and Covid-19 dynamics,” added Mr Saktiandi.