SINGAPORE - A controversial dating platform in which younger "sugar babies" are matched with older, wealthier men has been listed as one of the sponsors for a party to be held during the Singapore F1 Grand Prix.

Malaysia-based dating platform Sugarbook is one of the co-sponsors of the Sky Grande Prix, which will take place from Sept 12 to 16 at a bar in the Grand Hyatt Singapore hotel.

The Sky Grande Prix is an event under Singapore Tourism Board's Grand Prix Season Singapore, which is a series of F1-themed lifestyle experiences and promotions that the public can enjoy beyond the race track.

The party is organised by Vanilla Luxury, a luxury lifestyle marketing agency and digital magazine based in Singapore.

Sugarbook will be presenting The Fast Lane event at the party on Sept 14. It had said in a press statement on Aug 16 that the party will increase the number of users for the platform, and that it may give partygoers a better insight into the world of "sugar dating".

Mr Darren Chan, the chief executive officer and founder of Sugarbook, said in the statement: "Get up close and personal with Sugar Babies or meet your next sugar daddy in person at this lavish soiree - buy a drink or two for the sugar babies and dance the night away.

"After all, girls just want to have funds!"

The platform will set up a table to play blackjack at the party, it said. Guests will face off against representatives from Sugarbook for the rewards of free premium memberships and alcohol shots.

Read Also
What it's like to be a sugar baby 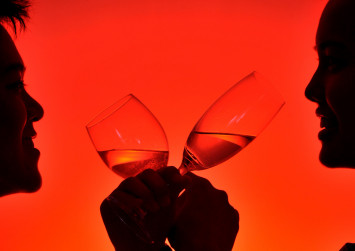 In response to queries from The Straits Times, the STB director of sports Jean Ng said on Thursday (Sept 6) that while the Sky Grande Prix is marketed under the STB's Grand Prix Season Singapore, STB did not organise or support the party.

The Grand Prix Season Singapore is meant to showcase Singapore's lifestyle experiences, ranging from nightlife, parties and entertainment, to shopping and dining. Events such as those providing opportunities to rub shoulders with F1 legends and parties are marketed as part of this season's offerings.

But, organisers for these individual events manage sponsorships for their events independently and are not obliged to inform STB proactively, said STB.

Ms Ng said: "We were not aware previously that Sugarbook is a co-sponsor of Sky Grande Prix as this event is not organised or supported by STB."

"We are currently following up with the organiser of Sky Grande Prix on the matter."

Sugarbook was founded in 2017, and claims to help members facilitate "honest and transparent" relationships with affluent members worldwide. It claims to have over 200,000 members.

The emergence of the platform had prompted Members of Parliament to raise queries about the Government's position on it in February.

The platform had sparked concern after it was cited in news reports saying that it wanted to recruit more "sugar babies" in Singapore with promotions targeting undergraduates.

Responding to the questions then, Minister for Social and Family Development Desmond Lee had told Parliament that the police will closely watch dating platforms that match younger users with older, wealthier men and women.

If money is being exchanged for sexual services among users of such sites, the police will take action under the Women's Charter, including possibly against the website and its owners, he said.