Mr Ramli Bakri, 87, lives alone in a one-room rental flat. Staff from the nearby Senior Activity Centre check on him every week, but his neighbours also make it a point to knock on his door if they have not seen him around for a few days.

A needle and the television set - these two objects have been keeping 83-year-old Nellie Woo company from morning to night for the past week while she is holed up alone at home.

She used to enjoy playing bingo and exercising with her elderly neighbours at the Senior Activity Centre (SAC) downstairs, as well as chatting with volunteers who visited her studio flat.

Now that all activities for seniors - including home visits - have ceased due to strict circuit breaker measures, Madam Woo is feeling lonely and emotionally down.

She thinks about suicide sometimes and has spent so much time staring at her patchwork and TV lately that her doctor had to give her antibiotics for dry eyes.

For such elderly people, the ills that come with social isolation pose a significant health risk, say some seniors and social workers.

It is well known that social isolation among older adults is a serious public health concern because of their heightened risk of cardiovascular, autoimmune, neurocognitive and mental health problems.

A recent journal article, titled Covid-19 And The Consequences Of Isolating The Elderly and published in The Lancet last month, recommended urgent action to mitigate the mental and physical health consequences for the elderly if health ministers instruct them to remain home and avoid social contact.

Out of the 208,000 people who live alone in Singapore, at least a quarter of them are elderly.

Last Saturday, a Health Ministry news statement gave details on which types of community care services would stop during the circuit breaker season.

Befriending and counselling home visits have ceased, as have medical escort and transport services.

Stay-home measures, which are the best way to protect the frail and vulnerable from the virus as they have compromised immune systems and multiple existing illnesses, may ironically be hard to bear for those who do not live with family or have housemates.

"I talk to the wall but the wall won't talk back to me. I am so happy just to hear your voice on the phone," said Madam Woo to this reporter. "But when I put down the phone, I get sad and lonely again."

Her husband died 23 years ago and they had no children.

Read Also
Tips on isolation from the pros - astronauts and submariners 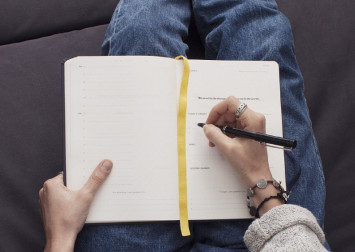 The Singapore Red Cross has upped the number of calls its staff and volunteers make to check on elderly clients who live alone, such as Madam Woo, so that all of them get at least one call a week.

Studies have shown that perceived social isolation is linked to poor mental and physical health outcomes. What is unclear, however, is how much damage may be sustained within a one-month period of social exile.

This could explain why some elderly people have not been complying with the circuit breaker measures meant to protect them.

On Tuesday, the first day that the measures kicked in, Chinese papers reported that some seniors in Chinatown were still spotted sitting around in public with others because they felt too bored at home.

On Thursday, the elderly crowd in Chinatown had visibly thinned out.

About 20 seniors were seen sitting spaced apart around Chinatown Complex, while another 10 lounged around at People's Park Food Centre.

Former sweeper Koh Ah Chew, 70, who was found talking to a neighbour who sat 2m away from him at the entrance of Chinatown Complex, said in Mandarin: "How is it possible for us to stay at home for 24 hours? It's so hot and boring in there. So I came out to talk to others for a few hours, then I will walk around before going home."

Nee Soon GRC MP Henry Kwek, who oversees the Kebun Baru area where two in five residents belong to the Pioneer or Merdeka generations, said there is a need to think of different ways of engaging and supporting them emotionally.

Charities that serve seniors, such as the Red Cross, Fei Yue, Touch Community Services, Tsao Foundation, Care Corner and Thye Hua Kwan are relying on telephone calls and alarm alert systems installed in their flats to keep an eye on these vulnerable seniors.

The phone calls are meant to check in on their needs and provide social and emotional support, while the alarm alert system allows the seniors to pull cords in their flats to alert care staff should they fall down or need help urgently.

Staff and volunteers from the Red Cross are trained in psychological first aid and may use those techniques to extend intentional emotional support to the seniors.

Ms Aw Lay Hoon, head of eldercare services at Fei Yue, said the challenge is that some of the seniors cannot be reached by phone.

"Some seniors have expired prepaid cards or have changed their numbers. We are trying to see how best to contact them by asking those staying around them," said Ms Aw.

Mr Kavin Seow, senior director of the elderly group at Touch, said: "The lack of interaction and disruption to routine for many elderly, especially the active ones, may lead to depression and social isolation. Many feel bored, restless and lost."

Charities and grassroots leaders are trying to tap tech to enable the continuation of regular activities that the seniors are familiar with.

Community volunteers at Kebun Baru, for instance, will be dropping off colouring books and materials at the doorsteps of the elderly, so as to hold a virtual colouring contest.

But seniors such as Madam Woo have no clue about how to use technology that facilitates video calls or tele-meetings.

Mr Daniel Chien, senior group director for seniors services at Care Corner, said some seniors react differently to the loneliness they feel when the SACs are closed.

"Some choose to linger around marketplaces or hawker centres to meet their friends. Others choose to withdraw and watch TV all day long," said Mr Chien.

Thye Hua Kwan said there may be problems if the suspension of home visits and services are to be extended beyond one month.

"Some of them will have to default on medical check-ups if there is no one to send them to the hospitals and so they may also not be taking the medication that they need," said a spokesman.

Mr Charlie Chan, 73, who uses a wheelchair to get around, said he is relieved that his medical appointments are in June, as medical escort services may resume by then.

The charities have urged others in the community to keep an eye on frail seniors, as the organisations' own manpower is limited.

Staff from the nearby SAC check on him every week, but his neighbours also make it a point to knock on his door if they have not seen him around for a few days.

Madam Woo's neighbour and staff at the SAC have also urged her to call them when she needs groceries.

Said MacPherson MP Tin Pei Ling: "Social isolation is a serious matter for elderly. Having a means to still reach out to them to ensure their basic needs are catered to is important, and in the process, that human 'encounter' or perhaps a human voice, may be somewhat comforting."