Coronavirus: New study finds at least 10 patients in Singapore caught virus from those without symptoms

The new study focused on the pre-symptomatic transmission of Sars-CoV-2, the virus that causes Covid-19.

SINGAPORE - At least 10 people in Singapore got the coronavirus from those without symptoms, according to a new study of such patients in the country.

It was published by the United States' Centres for Disease Control and Prevention on Wednesday (April 1) and co-authored by Associate Professor Vernon Lee, director of communicable diseases at the Ministry of Health.

The study focused on the pre-symptomatic transmission of Sars-CoV-2, the virus that causes Covid-19.

Pre-symptomatic transmission refers to an incident in which a disease is passed from one individual to another, despite the first person not showing any symptoms of the illness.

The risk that such transmission poses has been a source of great concern in the current outbreak, especially because many measures to curb its spread, like temperature screening, rely on the symptoms showing in an infected individual.

Experts and the authorities in Singapore have discussed these concerns.

On March 9, Associate Professor Hsu Li Yang, infectious diseases programme leader at the National University of Singapore's Saw Swee Hock School of Public Health, told The Straits Times that people without symptoms could test positive for the virus, but "the jury (was) still out" on whether they could infect others.

The ministry's director of medical services, Associate Professor Kenneth Mak, said on the same day that there was a risk of spread from such individuals, but it was not known how infectious they could be. He added that the dominant transmission mode was still from patients with symptoms.

He had earlier explained that patients with no symptoms would not be coughing and spreading droplets, which are the main mode of transmitting the virus.

At media briefings in March, a ministry spokesman had also said the "key driver" of the outbreak was those who are symptomatic.

Wednesday's study suggests there is a need to account for such cases. 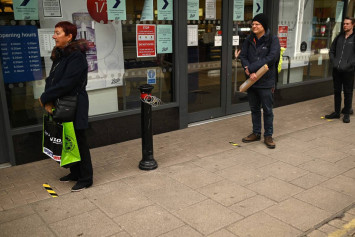 It had examined the Covid-19 cases reported in Singapore between Jan 23 and March 16, focusing on cases that were in clusters.

Of the 157 non-imported cases in this period, 10 could be attributed to pre-symptomatic transmission, the study found.

Three of the 10 were from the Grace Assembly of God and Life Church and Missions Singapore cluster, and had attended service on Jan 19 - the same day as an infected pair of tourists from Wuhan, who had not shown symptoms at the time.

One of the three cases, a 52-year-old woman, had sat in the same seat that one of the tourists had occupied earlier in the day.

One of the 10 cases occurred as a result of the Safra Jurong cluster.

A 54-year-old woman who had been exposed to a confirmed case at the dinner at Safra Jurong on Feb 15 attended the same singing class as another woman, 63, on Feb 24. Both later developed symptoms of the virus.

In another instance, a woman, 53, was exposed to a confirmed case on Feb 26, and is thought to have passed the infection to her husband, 59, before she developed symptoms on March 5.

Another man, 37, travelled to the Philippines from Feb 23 to March 2, during which he was in contact with a patient with pneumonia who later died. The man is thought to have passed the infection to his wife, 35, before developing the symptoms later on March 8.

Yet another man, 32, travelled in Japan from Feb 29 to March 8. He is thought to have caught the infection there and passed it to his housemate, 27, before the pair developed symptoms on March 11.

In another case, a woman, 58, was exposed to a confirmed case on Feb 27 at a singing class.

On March 1, she attended a church service, and is thought to have infected a woman, 26, and a man, 29, who were seated one row behind her. The 58-year-old later developed symptoms on March 3.

Finally, a 63-year-old man who went to Indonesia from March 3 to 7 is thought to have infected a woman, 36, on March 8, before developing symptoms the next day.

In seven of these cases, pre-symptomatic transmission exposure occurred one to three days before the source patient developed symptoms.

The study proposed that pre-symptomatic transmission might occur through the generation of respiratory droplets or indirect transmission.

"Speech and other vocal activities such as singing have been shown to generate air particles, with the rate of emission corresponding to voice loudness," the researchers noted, citing the case of a choir practice in the United States on March 10 where pre-symptomatic transmission likely led to 40 choir members getting infected.

The study did not eliminate the possibility that instead of pre-symptomatic transmission, an unknown source might have infected the cases, but said this was unlikely, given Singapore's "strong surveillance systems".

It was also possible that patients could have remembered wrongly the date their symptoms occurred, said the study.

Still, the researchers said containment measures should include the period before the onset of symptoms when carrying out contact tracing, and that the findings also highlight the importance of social distancing.

"Everyone must strictly maintain the 2m distancing, and the elderly should remain at home and not go out, as they are the most at risk," he added.