Coronavirus: Next few days will determine whether S'pore's circuit breaker can be eased by May 4, say experts

SINGAPORE - The next few days are a critical period that will determine whether the circuit breaker measures can be eased by May 4, infectious disease experts told The Straits Times on Monday (April 20).

Tuesday marks 14 days since the stringent safe-distancing measures, meant to stem the spread of the coronavirus infection, came into effect here.

On Saturday, Prime Minister Lee Hsien Loong wrote in a Facebook post: "There are a few early signs that the circuit breaker is bringing cases down. But we are still worried about hidden cases circulating in our population, which are keeping the outbreak going. The next few days will be critical."

Dr Leong Hoe Nam, an infectious disease expert from Mount Elizabeth Novena Hospital, said on Monday that the next few days will be "like a mid-year exam" that will show how Singapore has been doing in fighting the virus.

This is because the virus can incubate in someone for up to 14 days, and because the median time taken for a person to show symptoms and be more likely to infect others is five days. 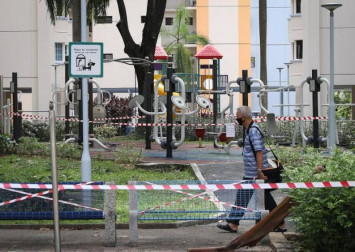 This means that someone who was infected at the start of the circuit breaker measures will have had the chance to pass the infection on to three cycles' worth of people, and the effectiveness of attempts to break these cycles will be revealed in the coming days.

Professor Paul Tambyah, from the National University of Singapore's (NUS) Yong Loo Lin School of Medicine, said there is a need to lower the number of confirmed cases picked up by primary care clinics' surveillance of influenza-like illnesses, as well as those from the hospitals' surveillance of pneumonia, to as close to zero as possible.

"If that happens, we can be more confident about gradually lifting the circuit breaker," he said.

But experts disagreed over whether cases in the community had fallen enough.

Professor Teo Yik Ying, dean of the NUS Saw Swee Hock School of Public Health, noted that the three-day average number of cases in the community fell from a high of 48 during April 8 to April 10, to 26 over the past three days.

He said: "This is an encouraging sign that the circuit breaker measures are working to reduce the spread in the community. If the public has been heeding the call to stay home as much as possible, then I anticipate the downward pattern should continue over the next two weeks."

He noted that human traffic in public spaces has been "significantly reduced" since the circuit breaker was implemented, and said that this would drive down human-to-human interactions, and reduce the risk of the virus being passed around.

Read Also
Coronavirus: Life will not go back to normal after end of circuit breaker period, says Gan Kim Yong 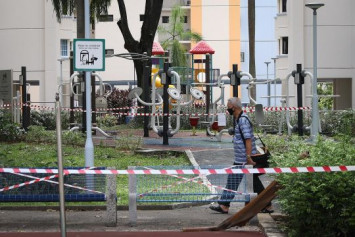 However, he added that he had expected the number of infections to be lower, and that there were still areas to be strengthened.

Dr Leong, however, called the daily number of cases "miserable". He said: "I hoped (the number) would have come down to about 10-15 by now... honestly, I'm quite disappointed."

He hoped that the number of cases in the community would drop to five or less by the end of the circuit breaker period.

But he noted that it was not a complete lockdown, and that people were also continuing to flout the rules.

"Under such circumstances, the virus will still be able to spread, but much less easily than before," he said.

A survey carried out by government feedback agency Reach from April 9 to 13 found that 8 per cent of Singaporeans did not see a need to wear a face mask, 5 per cent did not see a need to keep a safe distance from others, and 4 per cent had made social visits to family and friends or met other people for recreational purposes.

On Monday, the Building and Construction Authority announced that the management corporation of a condominium and four residents from various estates, had been fined for breaching safe-distancing measures.

The same day, the National Parks Board said that nine people would be charged for flouting circuit breaker rules after feeding or watching a group of wild boars over the weekend.

There also is the issue of dormitories, which have recently been the source of most cases here. 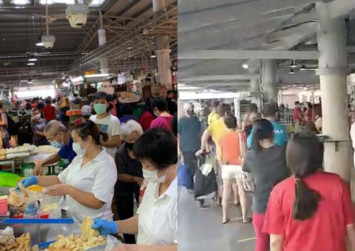 Infectious disease expert Annelies Wilder-Smith from the Nanyang Technological University's Lee Kong Chian School of Medicine noted that Singapore's dormitories are its "weakest link" in the battle against the coronavirus.

"Foreign workers live in confined spaces, thus it is close to impossible to reduce contact among one another in dormitories. Covid-19 is very contagious, and the speed of transmission is outpacing the speed of the interventions," she said.

She noted that in many cases, transmission of the disease occurred before symptoms appeared, meaning that many people would have already been infected before the original patient could be isolated.

Prof Teo and Prof Hsu said that the next few days would show whether measures put in place to counter the rapid spread of infection in the dormitories, such as relocating workers and improving hygiene, have been effective.

Prof Teo also said that policymakers have deeper insights into the source of each infection, allowing them to spot additional gaps in the current circuit breaker measures, and decide whether more needs to be done to plug them - such as the recent case of the Health Ministry advising McDonald's to stop its operations until May 4.

When it comes to members of the public, however, the experts agreed that the best way to fight the spread of the virus is to practise good social hygiene and safe-distancing measures. 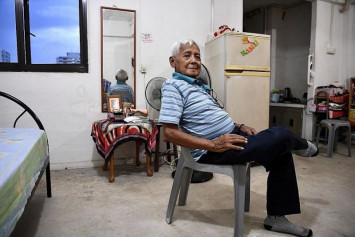 Prof Tambyah said: "As individuals, the key is to take good care of our health, practise good hand hygiene and seek medical attention if we are not well."

Dr Leong said: "If all of us treated each person that we meet as a potential Trojan horse, then our cases would be zero. But we've let our guard down, and because of that, cases come through.

"Many of us healthcare workers look after Covid-19 patients, but don't fall sick because we're very stringent with infection control measures. If the public is able to do that, we can win this easily."

Prof Hsu also called for those who are more well off to consider helping the needy at this point in time.

"There are many who are disabled, or belong to low-income families that have been badly affected by lost or reduced income from job suspensions or loss," he said.