Secondary 2 students at Serangoon Garden Secondary working in class on April 22 during the home-based learning period. Teachers made arrangements for a small number of children who, for various reasons, wanted to do their learning in school.

Before home-based learning (HBL) kicked in, schools were worried that children who came from disadvantaged homes would start lagging behind their peers.

They prepared accordingly, finding out which students needed laptops and tablets, and whether they had stable Internet connections.

Schools dug into their stockpile of devices and sourced for more.

Teachers also made arrangements for a small number of children who, for various reasons, wanted to do their learning in school.

A month on, schools say that the "learning" part of the equation has turned out to be the least of their problems.

The bigger issue, for most of their students, is that real life has intruded.

Some children have shared their anxieties over their parents losing jobs.

With the loss of income, others have had to fret about going hungry.

Others, whose parents are in front-line jobs, worry about the risks from the coronavirus.

In many of these cases, their teachers - instead of merely helping them with their lessons - also become their confidants and counsellors.

Read Also
Coronavirus: $200 left with family of 6 to get through 3 weeks 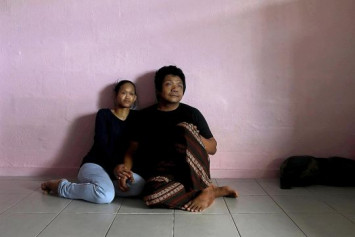 More than a dozen school officials interviewed by The Straits Times said that these students and their families will need to be monitored and helped long after HBL is over, especially as a recession looms.

Madam Cassie Fan, principal of Stamford Primary, recounts the case of a boy whose single mother lost her job as an administrator and became a food delivery rider.

The school reached out to community partners to seek help, including arranging food rations for the family.

It is also helping the mother in her search for a more stable job.

Madam Fan echoed the views of other school heads, saying: "The pandemic has surfaced the many difficulties faced by some of our students and their families. Going forward, jobs will be a key issue as many of their parents are daily rated or even hourly rated and they may suffer job losses."

The school and its community partners are helping students on fronts beyond schooling.

Similarly, Serangoon Garden Secondary, which has a fair number of students who come from rental flats in Serangoon North and Ang Mo Kio, has seen their families facing financial difficulties.

The school's student welfare officer Jayakumar Narayanasamy recently received a call from a student asking about food rations that his family receives through the school.

He said: "The rations weren't going to be available for another week, so I probed further and found out that his grandmother whom he lives with, has had to close her stall selling cakes. Hence they had no money to buy food or groceries."

Schools serve as important line of defence for children and families, says expert

Mr Jayakumar, his level head and principal discussed how they could help and within a few hours "Mr Jay", as he is known to his students, did a grocery run for the family.

The school's vice-principal, Mr Benjamin Quek, said the school's Hope@SGSS programme - for students coming back to school during the circuit breaker period - cares for more than their learning needs. 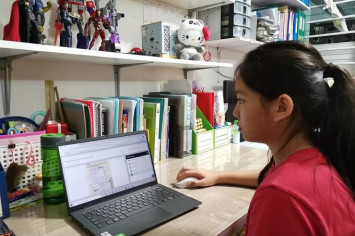 Besides providing learning support to these 20 to 30 students, the school also provides meals and, in partnership with not-for-profit arts organisation The Rice Company, offers sports, art, music and dance lessons to students.

Mr Quek said the programme will go on during the mid-year holidays that will start next week.

"We realise that the four weeks of school holidays will be difficult for some families," he said.

"So, we have decided to extend the programme to enable some of these kids to return to school."

Boon Lay Garden Primary also reported that more of its pupils' families have needed help with food rations because incomes have shrunk. Over the past month, the school, working with charity Food from the Heart, has given food packs to 50 families, up from 30.

Single parent Lui Sook Chin, who lost her job as an administrator, has a son in Stamford Primary and a daughter in Dunman Secondary.

"The laptop and iPad have helped them to study," she said.

"I am touched by the help - with food packs and meal subsidies. They also have teachers calling to check if they are OK." 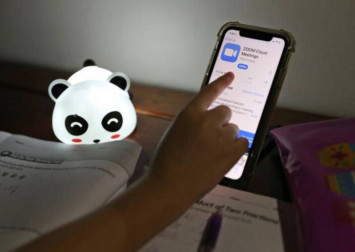 Social workers interviewed said that as the effects of the pandemic crisis worsen, schools can expect more problems to surface, such as homelessness, abuse and neglect.

Job and income losses put a lot of stress on families and this may lead to quarrels and even domestic abuse, which impact the children, they said.

Clinical psychologist Carol Balhetchet, who served as senior director of youth services at Singapore Children's Society for 18 years, said that schools are an important line of defence for children and families.

"It's good to see schools going beyond addressing learning problems and working with community and volunteer organisations," she said.

"But looking at the news on the economy, there are more kids who are going to be hit by their parents losing their jobs, food scarcity, domestic abuse. Some will turn to their teachers, counsellors and welfare officers."

She added: "Schools must be prepared to go further in helping these vulnerable children and their families. We must meet their basic needs for food, shelter and security and only then will a child be able to learn well, whether the learning is at school or the home."