Court dismisses Nagaenthran's claim he is mentally challenged, but grants stay of execution

The new Appellate Division of the High Court will hear all civil appeals not allocated to the Court of Appeal, and help to distribute the caseload between the two courts.

SINGAPORE - A Singapore court on Monday (Nov 8) stayed the execution of a Malaysian man convicted of heroin smuggling pending an appeal to be heard on Tuesday on grounds that he was not of sound mind, the man's lawyer said.

Nagaenthran Dharmalingam is set to be executed on Wednesday, but rights groups have urged he be spared from hanging because he was intellectually disabled.

Judge See Kee Oon dismissed the plaintiff's argument that hanging Nagaenthran would violate Singapore's constitution because he was mentally challenged and said he had been accorded due process in accordance with the law.

But he allowed an appeal against that decision which will be heard on Tuesday, Nagaenthran's lawyer, M Ravi, said.

The case has attracted international attention including from British billionaire and capital punishment opponent Richard Branson who called on Singapore to spare Nagaenthran from hanging. 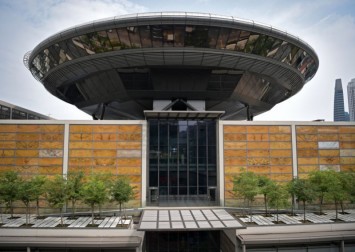 Nagaenthran was detained in April 2009 for trafficking about 42.72 grams of heroin, found strapped to his thigh, into Singapore. He was sentenced to death by hanging under the country's drug laws, one of the world's toughest.

Lawyer Ravi, and activists say Nagaenthran's IQ was found to be at 69, a level recognized as an intellectual disability, and he has other disorders that affect his decision making and impulse control.

Authorities previously said Singapore courts were satisfied that Nagaenthran knew what he was doing.

Nagaenthran, who will be the first person to be executed in Singapore since 2019, lost his previous appeals and petition for clemency. He has been on death row for more than a decade.