A "kept man" who drove a $1.3 million Ferrari and jointly owned seven private properties worth $14 million with his girlfriend will not have to share these assets with his former wife, a family court judge has ruled.

District Judge Toh Wee San held that the man's share in the properties could not be included as part of the pool of matrimonial assets.

The judge said in decision grounds last week: "The bottom-line was despite (the husband's) conduct, the (former wife) did not dispute (the girlfriend's) substantial and overwhelming payments for the properties."

District Judge Toh said she was bound by a High Court order obtained by the girlfriend last year after a hearing that held that the man holds his rights and interests and titles to the disputed properties on trust for the girlfriend and he will transfer them to her.

Interim judgment for the couple's divorce was granted in November 2015, and the case before District Judge Toh dealt with the division of the couple's matrimonial assets and ancillary matters.

Read Also
Divorce in Singapore: Does an ex-wife really get half the man's money? 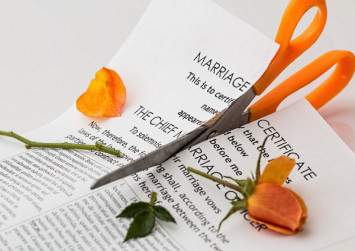 The girlfriend became a successful businesswoman.

A separate judgment last September in relation to the man's bid to discontinue maintenance payments to his former wife noted he lived in a Sentosa Cove house and the properties jointly owned with his girlfriend included an apartment unit each in St Regis, The Clift and The Orion, all paid for by the girlfriend.

The man's lawyer, Mr Nicholas Lazarus, had explained then that his client's role as "consort" meant he was the male equivalent of a mistress, or a kept man.

Lawyer Raymond Yeo, in arguing for the former wife's portion, said she was the primary caregiver of their two children and he had abandoned the family. But she did not dispute he carried on to provide for them.

The judge apportioned 35 per cent of the total assets to the former wife from the 25-year marriage. She is appealing against the judgment.