The clinical trial process, which involves testing an experimental drug or vaccine on people, typically has three phases.

SINGAPORE - The final phase of the clinical trial for the Covid-19 vaccine that was co-developed by Singapore scientists is likely to start here before the end of this year.

Associate Professor Jenny Low, deputy clinical and scientific director at the SingHealth Investigational Medicine unit administering the trial told The Straits Times: "We are currently in phase two of the clinical trial and we expect the recruitment and dosing to be completed by November. Phase three will begin hopefully by the end of December."

The clinical trial process, which involves testing an experimental drug or vaccine on people, typically has three phases.

The first two phases are known as early-phase clinical trials, and they are mainly carried out among smaller groups of up to hundreds of volunteers to test the safety and efficacy of a vaccine.

During these stages, researchers look out for dangerous side effects and analyse patient samples to see how the human immune system is responding to the vaccine.

They also seek to determine how many doses are needed to incite the desired immune response.

Phase three trials are much larger in scope than the earlier ones, usually involving thousands to tens of thousands of people. These are often held across multiple jurisdictions or countries.

The aim of these trials is to see if the vaccine can confer protection from infection. To determine this, some of the volunteers just receive a placebo.

In June, the United States Food and Drug Administration said it expects that a Covid-19 vaccine would prevent disease or decrease its severity in at least 50 per cent of those vaccinated.

On the Lunar-Cov19 vaccine in clinical trials here, Professor Ooi Eng Eong from the Duke-NUS Medical School said it is too soon to say how many volunteers would need to be recruited for phase three trials or where the trials could be carried out, citing the need for further analysis of data from phases one and two. 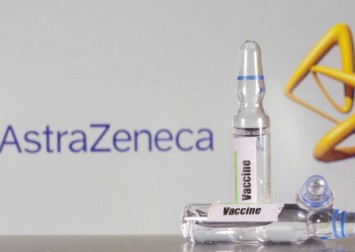 But Prof Ooi, who co-developed the vaccine with United States pharmaceutical company Arcturus Therapeutics, said: "Ideally, a phase three trial would be carried out where there is a large number of cases, but implementing vaccine trials at the peak of epidemics also presents logistic challenges." A balance may have to be struck, he said.

Prof Ooi added: "I am confident that the vaccine will work - the question now is: will it be a one-dose or a two-dose vaccine?

"I'm still hoping that we can discover that it will work as a single-dose vaccine so that people don't have to come back for a second-dose."

If phase three trials for the Singapore co-developed vaccine kick off by the end of this year, it would put the Lunar-Cov19 vaccine among some 10 others currently at this stage internationally.

Worldwide, there are 154 vaccine candidates at the pre-clinical stage, meaning they have not been approved for tests on humans yet.

There are 44 others at the clinical evaluation stage but only 10 of those have reached phase three trials - including frontrunners like the ones being developed by pharmaceutical company Moderna, as well as the candidate being worked on by the University of Oxford and biotech firm AstraZeneca.

Phase three trials for the Moderna vaccine are ongoing in the United States, while the AstraZeneca trials are taking place in six countries, including South Africa, Brazil, Japan and India.

Prof Ooi said the safety profile of the Lunar-Cov19 vaccine has been encouraging. But he noted that even though some phase three trials for Covid-19 vaccines abroad have been put on pause after volunteers fell ill, that did not mean that it was the vaccine causing the adverse reactions.

"The fact that the vaccine trials are paused, whenever there's a severe adverse event, is a sign that the trial is conducted safely," he explained.

Severe adverse events occur when a volunteer who receives the vaccine ends up in the hospital, even if it was due to other causes, such as a road traffic incident. When such events happen, an independent body of experts step in to review the data to determine if the severe adverse event was caused by the vaccine or if it was completely unrelated, said Prof Ooi.