SINGAPORE - Singapore lags behind when it comes to new fathers taking paternity leave, with only about half choosing to do so, compared to 70 to 80 per cent in Nordic countries.

President Halimah Yacob cited this figure at an award ceremony on Sunday (July 14) to celebrate exemplary fathers, where she urged more firms to adopt flexible policies for working dads.

Support from employers is helpful in encouraging fathers to play a more active role in their children's lives, Madam Halimah said in a speech at the Exemplary Father Award ceremony at Orchard Hotel.

Government-paid paternity leave, introduced in 2013 for married couples, was doubled to two weeks in 2017.

Some companies provide additional paid paternity leave of up to a month for working fathers, Madam Halimah said, though she noted that such firms remain in the minority in Singapore.

"Offering such pro-family initiatives in addition to good salaries will help to attract and retain talent," she said.

A culture shift in the workplace and society is also needed to encourage more fathers to use their paternity leave, she added.

Read Also
Not just a father, but also mother and friend 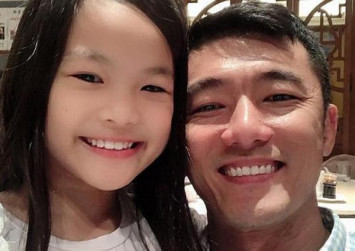 Take-up rates for paternity leave, which stood at just 25 per cent in 2013, have since more than doubled to 53 per cent.

This number however is low compared to Nordic countries, such as Denmark and Sweden, said Madam Halimah.

"Working fathers may choose not to take time off work for fear that their supervisors and colleagues view it negatively, or that doing so may affect their employment and career progression," she said.

Madam Halimah noted that the role of fathers has evolved over the years, with many now more involved with parenting and the day-to-day running of the household.

"It is not uncommon to see modern fathers changing diapers or participating in school activities with their children. And this change is for the better," she said.

Congratulations to Mr Abdul Manaf, finalists and all the nominees who are equally deserving of the Ain Society Exemplary...

According to a survey commissioned by the Tripartite Alliance for Fair and Progressive Employment Practices in partnership with The Straits Times last year, 97 per cent of working fathers with young children here said they would be attracted to an employer that supports them in managing work and family commitments.

More also said a lack of work-life programmes would make them consider leaving a company, compared to a similar survey in 2014.

Speaking at the award ceremony, organised by Ain Society, a charity that supports cancer patients and their families, Madam Halimah emphasised that parenting is a shared responsibility.

Mr Abdul Manaf Rahmat, a senior religious officer at Masjid Kassim, was awarded the title of Exemplary Father at the event for spending Sundays with his family while working extra jobs to pay for his three children's education.

His children, all graduates of the National University of Singapore, give back by working as teachers and social workers.

Ain Society said that the annual award, which is supported by Malay and Muslim organisations, aims to celebrate good role models and inspire younger dads.