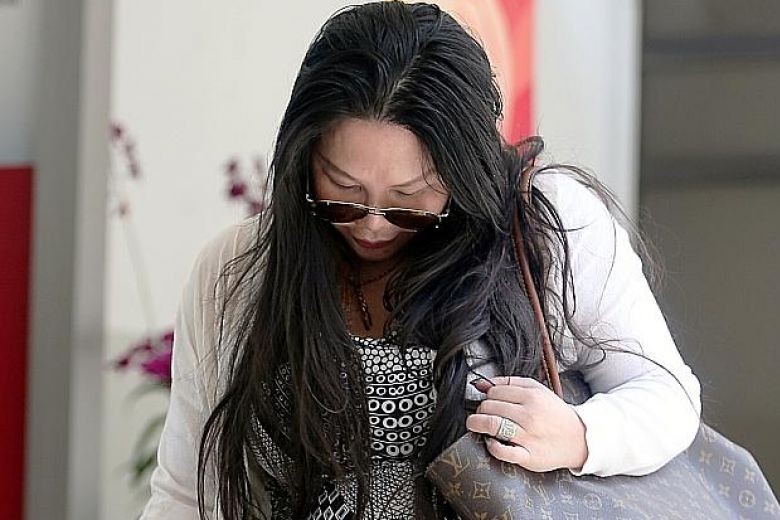 Audrey Tay May Li, whose parents founded luxury watch retailer The Hour Glass, has pleaded guilty to abusing drugs several times over two years, which once saw her turning up for a psychiatric assessment in an intoxicated state.

The drug habit of the public relations consultant, now 45, came to light in 2015 after the car she was driving hit and toppled a traffic-light pole.

Tay was arrested after admitting to a police officer that she had taken the drug ketamine prior to the incident.

While out on bail, she relapsed into drug abuse and was found out when she failed a urine test.

Yesterday, Tay pleaded guilty to three drug-related charges and another charge of driving without care and caution following her traffic accident.

Another five charges, all drug-related, will be taken into consideration during her sentencing at a later date.

Deputy Public Prosecutor Carene Poh told the court that Tay had gone to a Thai restaurant in Orchard Towers at about 9pm on Aug 27, 2015.

While she was in the women's toilet, a transsexual person named "Jeri" offered her "something to relax", and made two lines with the powdered drug on the toilet seat cover, DPP Poh said.

Knowing that the powder was "K" - the street name for ketamine - Tay snorted the first line of powder and "Jeri" followed suit, DPP Poh added. Tay then left the restaurant to meet a friend.

While she was driving along Newton Road, her car mounted a kerb, crashed into the road's central divider, and then hit a traffic light pole, which toppled over and blocked a three-lane road on the opposite side.

When police officers and paramedics attended to Tay at the scene, they found her speech was slurred and her eyes were dilated. She was arrested after admitting to taking ketamine.

On Oct 10 that year, she turned up in an intoxicated state for her psychiatric assessment at the Institute of Mental Health.

She tested positive for ketamine and benzodiazepines during a urine test, and she later admitted to consuming drugs about twice a week, after suffering a relapse about two months earlier.

She last consumed ketamine on Oct 9 in the toilet of a petrol station in Bukit Timah Road, when her driver stopped to top up petrol.

Chan, 72, faces a two-week jail term for contempt of court. In April, the High Court had ordered that the sentence take effect after she continued to disobey a court order that restrained her from defaming and harassing her former husband, Dr Henry Tay, 73. Her sentence is on hold, pending her appeal to the Court of Appeal.

Chan told reporters after the hearing that her daughter suffered post-traumatic stress disorder following an incident some years ago.