Mr Lee Hsien Yang and Mrs Lee Suet Fern at the preview of We Built A Nation, an exhibition in 2015 at the National Museum of Singapore, where furniture and items from Mr Lee Kuan Yew's house were on display. Mr Lee said in a post on Facebook yesterday that his father's will had been officially proven in court through the probate process after his death in 2015.

Mr Lee Hsien Yang has responded to the findings by a disciplinary tribunal set up to examine the role played by his wife, lawyer Lee Suet Fern, over the late Mr Lee Kuan Yew's will.

In a Facebook post yesterday, Mr Lee said: "What in the world did I stand to gain out of my supposed elaborate deception?"

The tribunal looking into allegations of misconduct involving Mrs Lee found last week that the couple had misled the elder Mr Lee into hurriedly signing his will while he was frail and in ill health, and before he could be properly advised on it.

It also found that Mr Lee Hsien Yang had cut his father's usual lawyer, Ms Kwa Kim Li, out of communications on the last will.

Yesterday, Mr Lee, the younger brother of Prime Minister Lee Hsien Loong, added that no one had complained about the signing of the will before his father died.

He also pointed out that the will had later been officially proven in court through the probate process after his father died in 2015.

Mr Lee Kuan Yew's last will differed from the one before it and from some changes that he had wanted and discussed with Ms Kwa four days earlier.

Among the differences is that the last will contained a demolition clause - relating to the demolition of his 38 Oxley Road house after his death - which had been drafted for previous versions of the will, but was subsequently deleted in the later versions, including the penultimate one.

Referring to this, Mr Lee repeated previous allegations about how his father, as well as he and his sister, Dr Lee Wei Ling, came to believe the house had been gazetted and therefore could not be demolished. 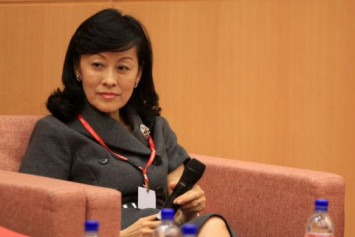 The tribunal found that Mrs Lee had misled her father-in-law on the terms of the last will, among other things. She had told him that the draft last will was the same as the first will that he executed in 2011, which was untrue.

Neither did she advise him on the differences between the draft last will and the penultimate will, the tribunal said.

The last will also differed in the share of the estate bequeathed to each of Mr Lee Kuan Yew's children.

In his sixth and penultimate will, Dr Lee was to have a larger share of his estate, but in the last will, all his three children received equal shares.

On this point, Mr Lee Hsien Yang said the undisputed evidence provided to the tribunal showed that their father had come to the decision to revert to equal shares after discussions with Ms Kwa.

This rebuts the accusations that he and his wife were behind the move, he added.

He said that he and his wife played no part in the decision to revert to equal shares.

Another difference between the last will and the one before it is that Dr Lee had the right to live at the Oxley Road house reinstated, Mr Lee Hsien Yang pointed out, adding that this is "something that she wanted badly".

The penultimate version of the will provided for her to live there subject to PM Lee's consent.

Mrs Lee had been found guilty of grossly improper professional conduct by the disciplinary tribunal over her handling of the will.

She has said she disagrees with the tribunal's report and will fight it strongly when the case is heard in the Court of Three Judges.

A tribunal comprising Senior Counsel Sarjit Singh Gill and lawyer Leon Yee Kee Shian was then appointed by Chief Justice Sundaresh Menon. Both the society, which prosecuted the case, and Mrs Lee's lawyers then made their respective cases before the tribunal.

The tribunal has referred the case to the Court of Three Judges, the highest disciplinary body to deal with lawyers' misconduct. The society now has one month from Feb 18 - the day the tribunal issued its verdict - to apply to the High Court for a show-cause hearing.

Mr Lee Hsien Yang has queried what is the public interest that is being served by the AGC pursuing the case. The AGC said that it has a statutory duty to deal with misconduct by lawyers, and that rules for lawyers make clear that they should not place themselves in a position of conflict.

Mr Lee Hsien Yang and his sister Lee Wei Ling have clashed with their older brother, Prime Minister Lee Hsien Loong, over whether their late father's house at 38 Oxley Road should be preserved or demolished.