According to court documents, Ler Teck Siang had access to a registry which contained the names of individuals tested HIV-positive in Singapore prior to February 2012.

SINGAPORE - A Singaporean doctor, who is alleged to be involved in the leak of HIV-positive individuals' confidential information, will stand trial for drug-related charges on May 29.

Ler Teck Siang is also facing charges under the Official Secrets Act (OSA) related to the leak of HIV information. The date for the trial involving the OSA charge has not been fixed.

In addition, Ler has appealed against an earlier conviction and a sentence of two years' jail he got last year for submitting his own blood sample in place of his HIV-positive boyfriend's. That appeal will be heard in March.

According to court documents, Ler, 36, had access to a registry which contained the names of people who tested HIV-positive in Singapore prior to February 2012.

While working as the head of the National Public Health Unit in the Ministry of Health (MOH), he is said to have saved the information on a thumb drive.

He allegedly failed to "take reasonable care" of the information by "failing to retain possession" of the thumb drive between March 2012 and May 23, 2016.

Ler, who does not have HIV, had submitted his own blood sample in place of his HIV-positive boyfriend Mikhy Farrera Brochez, to help the American get an employment pass here.

Following an earlier trial, District Judge Luke Tan found the Singaporean guilty of helping Brochez deceive the Ministry of Manpower into issuing him an employment pass in March 2008 and allowing him to keep the pass in November 2013 after red flags were raised.

In September last year, Ler was also found guilty of lying to the MOH in December 2013 and the police in January 2014, when he was questioned about a second blood test.

During his trial, Ler claimed he had given these statements under duress. His various allegations were rejected by Judge Tan.

Among other things, Ler said that while he was being questioned, an officer burst into the room, flung medical records on the table and shouted at him to "stop playing games". This was refuted by the relevant officers.

Read Also
Data of 14,200 Singapore patients with HIV leaked online by American fraudster who was deported from here 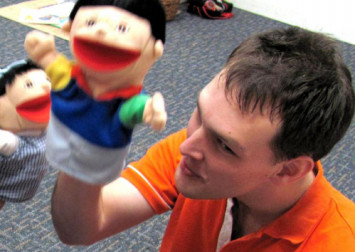 The judge had said he found it hard to believe Ler, who flip-flopped in his testimony regarding the identity of the officer who was allegedly hostile towards him.

Ler was sentenced last year to two years in jail and is appealing against his conviction and sentence. The prosecution has dropped its appeal against his sentence.

Ler had engaged defence lawyer Amarjit Singh Sidhu in his earlier trial, whom he later discharged.

Speaking to The Straits Times on Thursday (Jan 31), the lawyer from Amarjit Sidhu Law Practice said: "He discharged me on the first day of his trial to run his own case. I believe he is still not represented by a lawyer now."

Even though Ler remains a doctor for now, his certificate to practise medicine here expired at the end of last year and has not been renewed.

Brochez, 34, was sentenced to 28 months' jail in 2017 for offences including cheating, lying to a public servant, possessing drugs and using forged educational certificates.

He was deported after completing his sentence.

Read Also
American in HIV data leak arrested in US 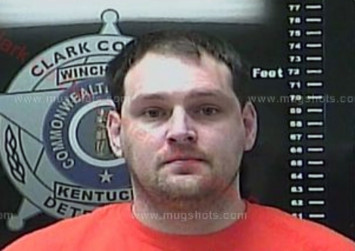 Ler and Brochez are now at the centre of a high-profile data breach in the healthcare sector that came to light on Monday.

MOH revealed that more than 14,200 people living with HIV had their confidential information, including contact details and medical information, leaked online by Brochez.