Don't do this for an MC: PM Lee tries to get bitten by mosquitoes

Mosquitoes may be the bane of many Singaporeans' lives but Prime Minister Lee Hsien Loong didn't bat an eyelid when he got up close and personal with a scourge of them on Tuesday (Sept 15).

Documenting his visit to the Environmental Health Institute on his Instagram Stories, PM Lee shared a behind-the-scenes look at the facility, which produces Wolbachia-carrying mosquitoes to fight dengue.

As part of his visit, he got a close-up look at the mosquitoes and had a go at a nifty-looking mozzie launcher. 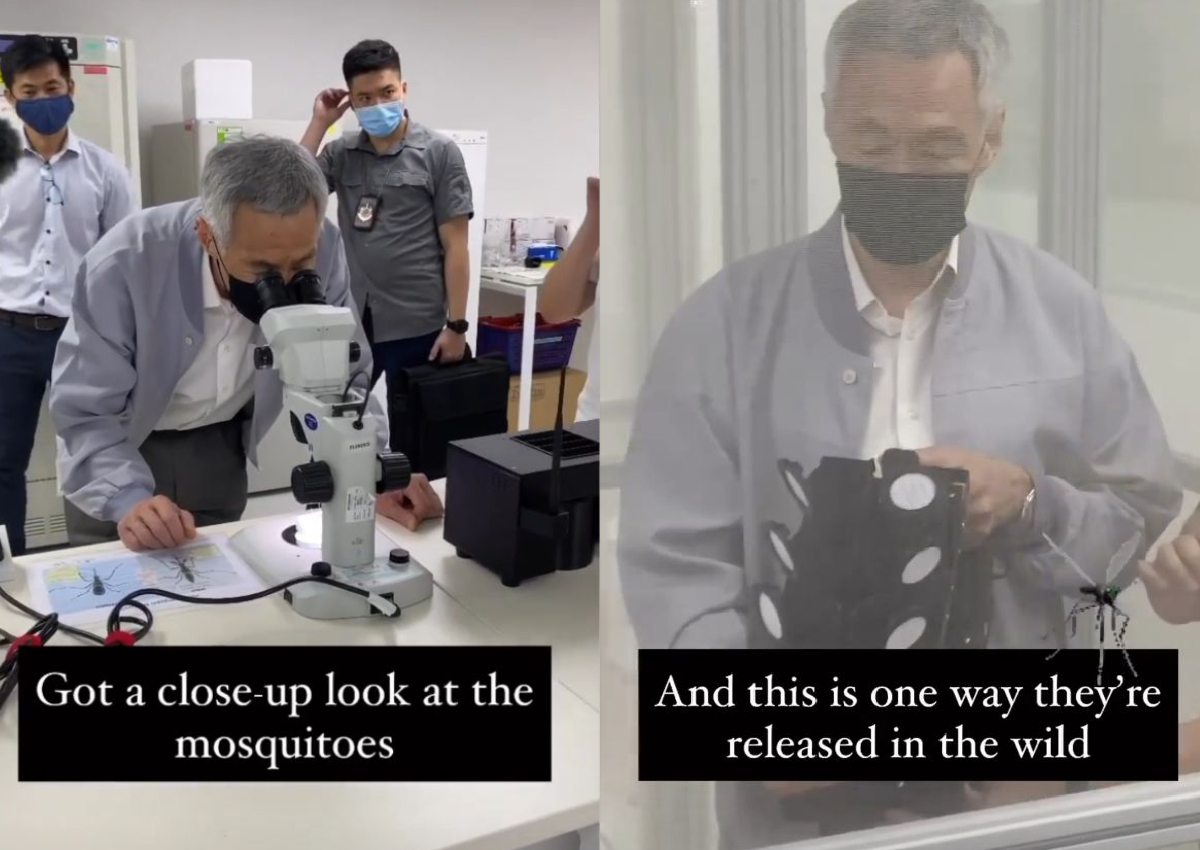 He even sacrificed his arm for science, sticking it into an enclosure full of Wolbachia-carrying mosquitoes.

However, the mozzies did not seem to be taking the bait, prompting PM Lee to quip: "I'm not tasty enough!"

Of course, the insects' lack of interest probably has more to do with the fact that male mosquitoes do not bite.

This is done by releasing male mosquitoes carrying the Wolbachia bacterium, which then mate with the dengue-causing Aedes aegypti females and cause them to lay eggs that do not hatch.

The Wolbachia-carrying mosquitoes have helped to reduce the Aedes aegypti mosquito populations at study sites in Yishun and Tampines by 90 per cent, NEA said.

Project Wolbachia is currently in its fifth phase and aims to cover approximately 15 per cent of HDB blocks in Singapore by March 2022.