Collection of GST is expected to stay lower than usual for a few more years, until international travel recovers fully.

SINGAPORE - While the goods and services tax (GST) rate will remain at 7 per cent next year, the rate increase cannot be deferred indefinitely as the revenues are needed to support Singapore's spending needs to secure its long-term future, said Deputy Prime Minister Heng Swee Keat on Thursday (Oct 15).

"We will continue to study the timing of increasing the GST rate carefully, taking into account the pace of our economic recovery, our revenue outlook and how much spending we can defer to later years without jeopardising our long-term needs," he told Parliament in a speech to round up the debate on the Government's Covid-19 strategy.

Mr Heng noted that GST collections this year are projected to be down by 14 per cent from initial estimates before the start of the year, mainly due to travel disruptions and the impact of the circuit breaker period.

Collection of GST is also expected to stay lower than usual for a few more years, until international travel recovers fully, he added.

In February, Mr Heng, who is also Coordinating Minister for Economic Policies and Finance Minister, had announced that the GST rate will remain at 7 per cent next year (2021).

However, he assured Ms Foo Mee Har (West Coast GRC) that a $6 billion Assurance Package for GST has been set aside for Singaporeans when the rate is eventually raised.

ALSO READ: Singapore Budget 2020: GST hike will not take place in 2021; $6b Assurance Package to cushion impact of hike

Ms Foo had earlier raised concerns about the impending GST hike amid the gloomy economic environment. Mr Heng said the Assurance Package will offset the GST increase for five years for most households, and 10 years for lower-income families.

Noting that over 60 per cent of GST collected by individuals and households come from foreigners residing here, tourists and the top 20 per cent of households, Mr Heng said shelving the GST rate increase indefinitely means forgoing the additional revenue from these groups that can be used to improve the lives of Singaporeans.

In response to a question by Mr Liang Eng Hwa (Bukit Panjang) on how the Government would balance its Budget with the revenue situation remaining weak, Mr Heng said that revenues in the medium term are expected to be subdued and uncertain for two reasons.

Global economic growth will likely remain weakened for several years, and the global competition for tax revenues can be expected to intensify, he said.

Even with these challenges, Singapore cannot lose sight of its goal to secure its long-term needs, he said.

Expenditure on public healthcare and pre-school education, for instance, can be expected to increase. This is vital to ensure the country takes care of its old and young, he said.

The Government is studying how to strengthen its fiscal toolkit, he said, and has been looking to borrow for major long-term infrastructure even before Covid-19 struck.

"This will help to spread out the hefty upfront costs equitably across current and future generations who will benefit from such investments," he said.

Read Also
How much in GST vouchers will I be getting in 2020? 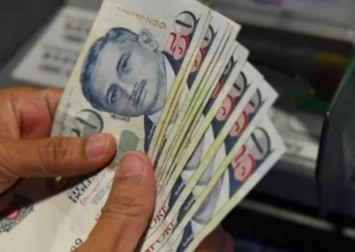 But the Government's approach will be principled and prudent, he emphasised.

"We will borrow only for infrastructure that benefits multiple generations, and ensure that our debt level and future repayments are sustainable... We will not borrow just to make up for revenue shortfalls or be opportunistic in timing the market," he said.

However, for recurrent spending like healthcare and education that benefits the current generation, the responsible way is to pay for them with recurrent revenues like taxes. "This discipline ensures that every generation earns and pays its share," he stressed.

In his speech, Mr Heng also touched on how the latest round of Covid-19 support measures he announced in August are being funded entirely from budget reallocation.

He said that the Government did an extensive scan to identify deferment or reductions in expenditure.

Some, such as those for MRT lines, HDB upgrading, and sewerage and drainage works were deferred as a result of delays due to the circuit breaker and the reopening of the construction sector after that. 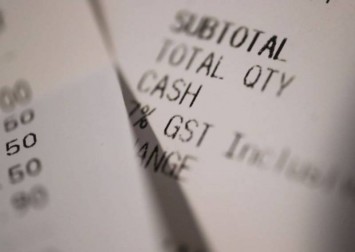 Other expenditures were lower than earlier projected due to Covid-19 and safe distancing measures.

"However, most of these are not savings but delayed spending, which will still be incurred in future years," he said.

"These projects are needed to raise Singaporeans' standard of living and our economic development. We will push ahead when the conditions allow."

Major infrastructure projects are already being reviewed to account for the longer-term impact of Covid-19, said Mr Heng.

For instance, the construction of Changi Airport Terminal 5 has been put on hold for two years. This is due to the uncertainties over how the pandemic will affect the aviation sector.

There could be further deferments or reductions in scale if demand takes longer to recover, said Mr Heng. Conversely, the need to build in more resilience and safety features could also raise project costs.

Read Also
1.4 million Singaporeans to get $570m in GST vouchers in August 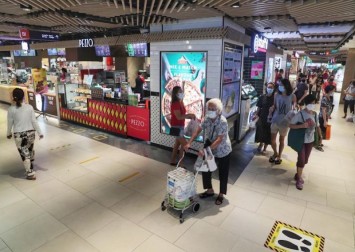 Mr Murali had asked, given the expected fall in government revenue, if there would be any delay or cancellation of major infrastructure investments, and if the Government expects any borrowing to fund the projects it has committed to complete.

Mr Xie said he appreciates the Government's commitment to minimise its draw on the reserves, but asked if the amount originally budgeted for strategic development should be set aside in a fund, and further Covid-19 support measures funded with more draws from the reserves.