Just because something is out there in plain sight, doesn't mean you can abuse it.

A young Vietnamese woman operating a beer stall at Hong Lim Market & Food Centre has gained some fame, or notoriety, after her sartorial preferences made the local news.

Local Chinese evening papers reported recently that Yumi enjoys wearing hot pants and revealing tops at work, even going braless at times. This led to some of her male customers conspiring to take and leak videos of her breasts.

In a Lianhe Wanbao report published on Feb 27, Yumi told reporters that a man asked to take a photo with her on Jan 16, and his friend then took the opportunity to record the video.

The report said she was wearing a white cropped top which revealed the lower half of her breasts that day. As she didn't wear a bra, her nipples would be exposed if she raised her arms.

Yumi told the Chinese daily: "The man deliberately asked me if the light in front of the stall was spoilt, and I inadvertently raised my hand to point at the light as I talked. (Another man) purposely aimed his mobile phone at my chest and took footage of my exposed breasts."

She said she only found out her video had been uploaded to the internet one week later, and vented angrily on Facebook. Comments on her post are mixed, the Chinese report said, with some netizens empathising with her and others chiding that she deserved it.

One netizen said: "If she uses sexiness to attract customers, she should have anticipated something like this would happen sooner or later… I'm not saying what the men did were right, but both parties bear responsibility."

Read Also
'Let's help our brothers by not dressing in a provocative way': Netizens take issue with pastor's remark on sexual temptation 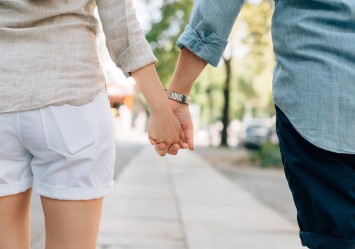 Yumi doesn't feel so. She told the media: "Dressing sexy and respect are two separate things. Regardless of what I wear, customers should show basic respect."

She has reservations about wearing cropped tops after the incident but she said she will still wear sexy outfits in the future.

"I like dressing like this. I'm here running a legitimate business, I have nothing to fear," she added.

"You'll get extra points if you, like me, don't like wearing a bra," she wrote, adding that it wasn't a prerequisite.