Driver calls out motorcyclist for spitting at car, gets slammed instead

After an attempt at vigilantism backfired spectacularly, one driver learnt the hard way that perhaps people who live in glass houses shouldn't throw stones.

Sharing a recording of an incident which took place at Hougang Avenue 5 on May 12, the driver ranted against a motorcyclist who "insisted" on his right of way, confronted them and spat at their car.

The only problem? The motorcyclist did in fact have the right of way, as many netizens were quick to point out.

Dashcam footage uploaded by the driver, who remains anonymous, shows the car turning out of a carpark and into the path of a motorcyclist on the main road. 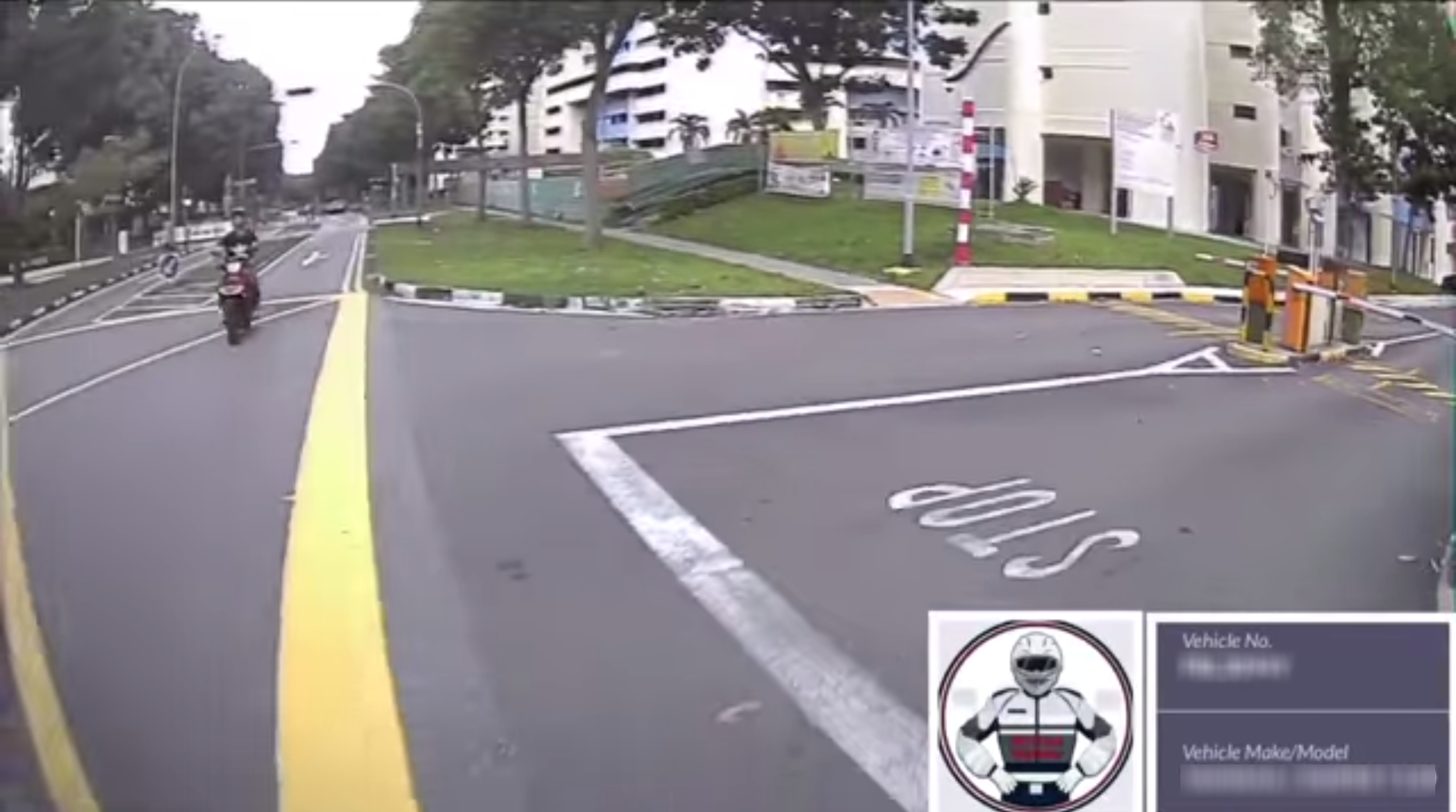 "[The motorcyclist] signalled to turn left into the carpark so I turned out of the carpark. Instead of turning left, he went straight and sounded a long horn," the driver wrote.

The motorcyclist then overtook the car and stopped his bike in front of it.

Following a brief confrontation, the motorcyclist reared back and unleashed a glob of saliva at the car before riding off.

The driver, who included the motorcyclist's face and license plate number in their post, also griped that the latter was not wearing a mask, although the Ministry of Health has said that motorcyclists are not required to wear a mask while riding.

Unfortunately for the driver, their attempt to name and shame backfired when netizens pointed out that they had ignored a stop line and failed to give way to the motorcyclist. 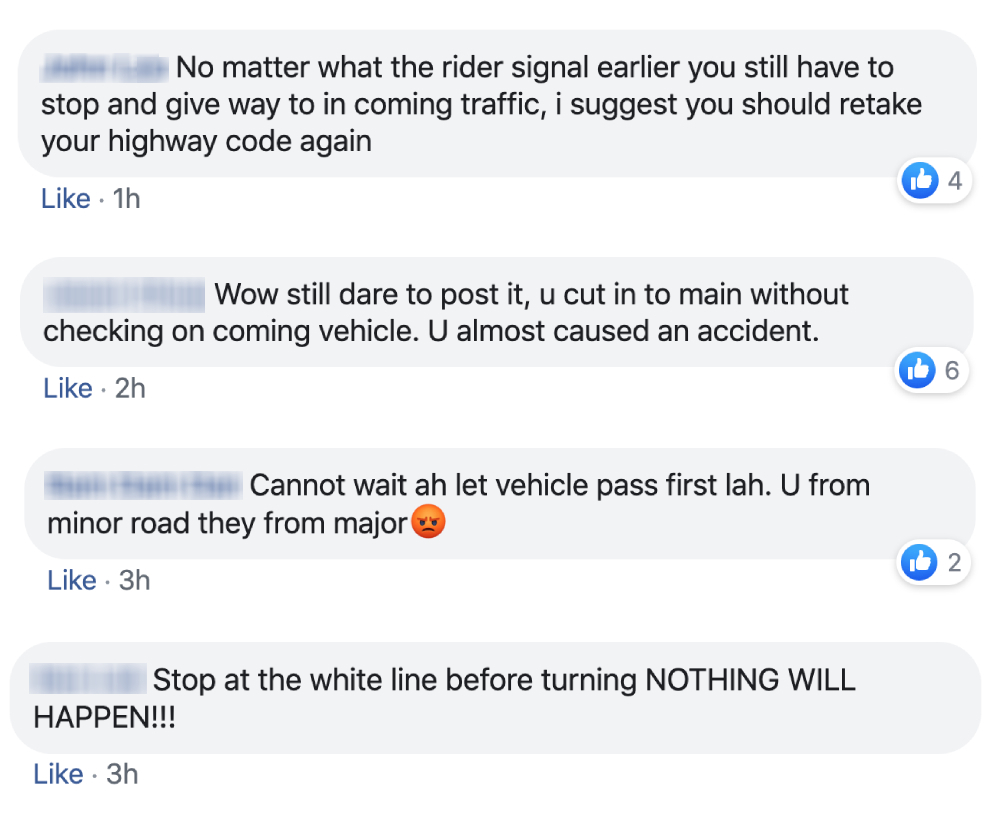 According to the Highway Code, motorists approaching a junction with a major road are required to give way to traffic on the major road. Motorists should also stop if there is a stop sign or single white line across the road.

However, the driver's actions were no excuse for spitting at another vehicle, least of all in the midst of a pandemic, some commenters added. 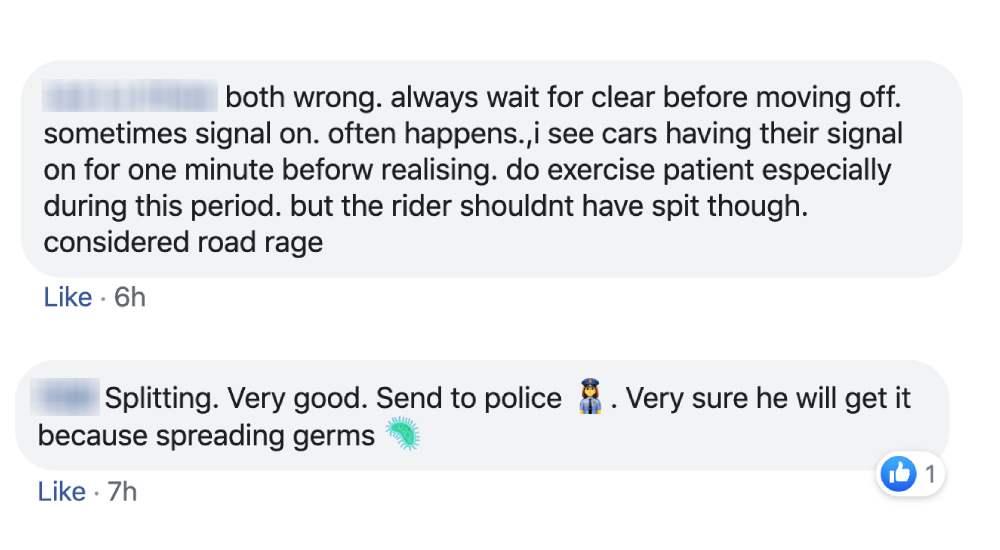 Spitting in public is an offence under the Environmental Public Health Act. First-time offenders can be fined up to $2,000.

In February, three teenagers were investigated by police for mischief after spitting on the lift buttons at a LRT station.

In relation to the case, the police emphasised that they take a "serious view of such inconsiderate and irresponsible behaviour", especially during the Covid-19 outbreak.

"Everyone needs to play their part to maintain social responsibility, and observe good personal hygiene."