Driving under influence: 13 caught for third time or more over past 3 years

Under current penalties for drink-driving offences, those convicted face up to six months in jail or can be fined between $1,000 and $5,000 for the first offence.

Over the past three years, 13 people were caught for their third or subsequent offence of driving under the influence of alcohol or drugs, figures from the Ministry of Home Affairs show in response to queries from The Straits Times.

However, none was banned from driving for life despite their repeated defiance of the law.

Under proposed changes to the Road Traffic Act, such individuals could face a lifetime ban from driving and double the current jail time if they are caught drink-driving for the third time or more.

Road safety experts that spoke to The Straits Times noted that while the number of such recalcitrant offenders appears small, drink-driving remains a problem.

Last year, there was a 17.3 per cent spike in drink-driving accidents to 176 cases from 150 in 2017, Traffic Police figures released earlier this year showed.

"Many will welcome the lifetime ban from driving for recalcitrant offenders," said transport analyst Gopinath Menon, who is a senior research fellow at Nanyang Technological University.

Other proposed changes include minimum mandatory sentences for dangerous driving causing death and grievous hurt, as well as additional penalties for offenders who did so while under the influence of alcohol and drugs.

Under current penalties for drink-driving offences, those convicted face up to six months in jail or can be fined between $1,000 and $5,000 for the first offence.

For the second offence, they can be jailed for a maximum of one year and fined between $3,000 and $10,000. They will also face disqualification from driving for at least a year.

Proposed amendments to the Act double these penalties. 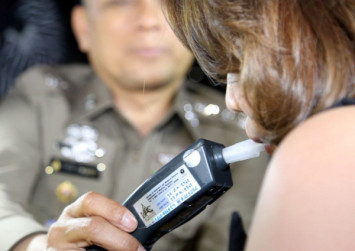 If the changes come to pass, first-time offenders will face up to a year in jail, or be fined $2,000 to $10,000, and be disqualified from driving for at least two years.

For the second offence, they will face up to two years in jail and be fined between $5,000 and $20,000, as well as face a ban from driving for at least five years.

For subsequent offences, they will be banned from driving for life.

Another notable proposed change is an immediate suspension for motorists caught for drink-driving, to prevent them from driving irresponsibly before the courts have decided on their cases.

Drivers whom ST spoke to welcomed the proposed enhanced penalties.

Mr Aloysious Fong, 61, who has been driving for 40 years, said the changes are "long overdue".

"It's about time that the authorities reviewed the Road Traffic Act. The stiffer penalties will really wake people up, especially the doubled jail terms," he added.