The Court of Appeal overturned Roszaidi Osman's death sentence in a 3-2 decision.

SINGAPORE – A man who was convicted of drug trafficking for handing two packets of heroin to his pregnant wife escaped the gallows on Thursday (Dec 1), after the Court of Appeal overturned his death sentence in a 3-2 decision.

Roszaidi Osman, 50, was instead sentenced to life imprisonment, after the majority found that his major depressive disorder and substance use disorder had substantially impaired his mental responsibility for his acts.

Roszaidi, who began consuming cannabis when he was 10 and was plagued by drug-related problems for most of his adult life, began delivering drugs in July 2015.

On the night of Oct 6, 2015, Mohammad Azli Mohammad Salleh, who was a friend, drove Roszaidi to collect a bag of drugs from two Malaysians who were in a parked lorry.

While awaiting instructions on what to do with the drugs, Roszaidi called his wife and told her that he needed her to “come down to take something” from him and to take along a plastic bag. He did not tell her he was handing her drugs.

Azli then drove to Jurong West Street 91, where Roszaidi passed the drugs to his wife, who was waiting along the road.

Roszaidi was convicted of trafficking in 32.54g of pure heroin by the High Court in January 2019. 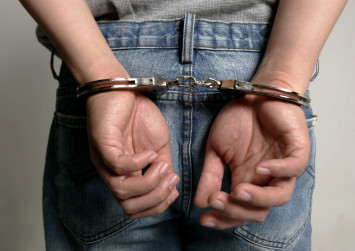 He appealed against his sentence, and his lawyer, Mr Eugene Thuraisingam, sought to have his sentence reduced to life imprisonment on the grounds that he was suffering from an abnormality of mind that substantially impaired his mental responsibility for his acts.

On Thursday, the majority of the five-judge panel – Chief Justice Sundaresh Menon and Justices Judith Prakash and Belinda Ang – said Roszaidi’s decision to traffic drugs was significantly influenced by his need to obtain drugs for his own consumption.

“In our judgment, this decision was not a reasoned choice or the consequence of rational judgment, but rather ‘the product of a disordered mind’... caused by the overriding force of his substance use disorder when it was exacerbated by his major depressive disorder,” said CJ Menon.

“These mental disorders impaired his ability to control his actions to the extent that his overriding preoccupation at the relevant time was procuring and consuming drugs.”

Justices Andrew Phang and Steven Chong, however, concluded that Roszaidi’s rational judgment was not sufficiently impaired at the time, and that he was thinking in a logical and organised manner.

The two judges said the transfer of the drugs to his wife appeared to have been motivated by self-preservation.

The fact that Roszaidi’s wife subsequently became implicated was the unintended consequence of his deliberate decision to avoid detection by the Central Narcotics Bureau, said the dissenting judges in their decision.