Duke-NUS researcher spied on US for Russia, lived a double life with 2 wives

Hector Alejandro Cabrera Fuentes has been linked to multiple academic institutions around the world.

SINGAPORE - He was a scientist at Duke-National University of Singapore (Duke-NUS), contributing to research on heart disease since 2016.

Hector Alejandro Cabrera Fuentes, 36, has authored more than 20 cardiology papers, and has also been linked to multiple academic institutions around the world.

But the Mexican, described as short and stocky, lived a double life with two wives, and was spying on the United States for Russia when he was in Miami, Florida.

On Feb 16, Fuentes pleaded guilty in an American court to spying on an informant in the US on behalf of the Russian government.

The US Department of Justice (DOJ) said he had been acting under the direction and control of a Russian official to provide information on an informant who was providing information on Russia to the US government.

Fuentes had spent significant time in Russia, having graduated from Kazan University there in 2009, according to his LinkedIn page.

He was employed by the National Heart Centre Singapore (NHCS) as a senior research fellow, and held a joint appointment in the cardiovascular and metabolic disorders programme at Duke-NUS Medical School. His services have since been terminated.

The Washington Post reported that he often flew from Singapore to Russia, where his first wife and two children were.

During one such trip in 2019, he was recruited by a Russian agent who was an acquaintance from past professional meetings.

Read Also
Dickson Yeo, who spied for China, released from detention under ISA 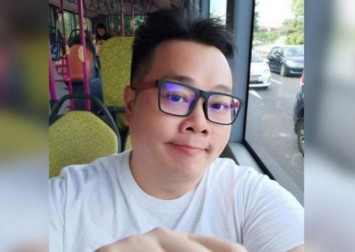 The agent had told Fuentes that he could help get his family out of Russia if Fuentes helped him.

The DOJ said that between May 2019 and February 2020, Fuentes met Russian officials in Moscow at least five times.

He was instructed to rent a unit in Miami, to spy on a Federal Bureau of Investigation (FBI) informant who lived in the same building.

The informant was reportedly providing the US intelligence on Russian activities in Florida.

Fuentes flew to Miami in February 2020 to obtain the licence plate number and parking location of the FBI informant, the DOJ said.

He had travelled to the US with his second wife, whose identity has not been publicly revealed.

Fuentes was instructed by the Russians to write down the licence plate number and parking location of the informant, but he instead told his wife to take a photo.

The duo had rented a car and tailgated a vehicle to enter the housing complex where the US informant's car was.

A security guard stopped them, and when the wife stepped out of the car, she took the photo of the informant's licence plate.

The guard later told them to leave the premises.

Fuentes and his second wife later tried to fly to Mexico, but were arrested at the airport.

Checks on their phones showed that the woman had sent Fuentes the photo of the license plate through WhatsApp, and he admitted he was being ordered by a Russian government official to spy on the US informant.

He has pleaded guilty to illegally acting in the US on behalf of the Russian government, and is expected to be sentenced on May 17.

He may be jailed for up to 10 years for the offence.

The DOJ said the FBI and US Customs and Border Protection are investigating the case.

A spokesman for NHCS said it was alerted to the news in February 2020 and terminated Fuentes' services that same month.

The Straits Times has contacted the Ministry of Home Affairs for comment.