Electricity tariff for households to increase by 5.6% for next 3 months

A global fuel shortage has been nudging up the prices of electricity over the past few months.

SINGAPORE - Most households will see higher electricity bills for at least the next three months, with the electricity tariff for the next quarter being increased by 5.6 per cent on the back of rising fuel prices.

The electricity tariff for the period Jan 1 to March 31 will be 25.44 cents per kilowatt-hour (kWh) excluding the goods and services tax, said grid operator SP Group on Thursday (Dec 30). This is up from the current rate of 24.11 cents per kWh.

SP Group said households living in a four-room Housing Board flat – which typically consumes about 354 kWh of electricity a month – can expect their average monthly electricity bill to go up by $4.70.

A global fuel shortage has been nudging up the prices of electricity over the past few months.

About 95 per cent of Singapore’s energy mix comes from natural gas, all of which is imported into the country via pipes from its neighbours or in liquefied form from all over the world.

But there are a number of factors that are affecting the supply of gas into Singapore and causing prices to spike.

For instance, pandemic-recovery economic activity and countries entering the cooler seasons are nudging up demand for gas. 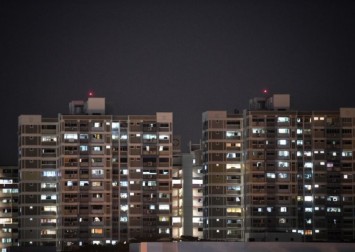 Electricity tariffs in Singapore are calculated from four components.

Fuel costs - or the cost of imported natural gas - makes up about half of the tariff. The rest of the tariff covers other costs related to activities such as maintenance of power plants, meter reading and transporting electricity through the grid.

The regulated electricity tariff set by SP Group is reviewed each quarter, and approved by the Energy Market Authority (EMA).

The grid operator added in a statement: "Over the past few months, a confluence of recovering economic activity, severe weather events, and a series of gas production outages have sent global energy market prices significantly higher. These factors have raised electricity prices in many markets."

Energy economists say the elevated electricity prices could last for at least the next half year.

Dr David Broadstock, a senior research fellow at the National University of Singapore's Energy Studies Institute, expects high prices to persist for the next six months at least.

The energy economist said economic uncertainty triggered by a renewed round of lockdowns in response to the Omicron variant could keep prices elevated.

"Supply chains for varying energy usage levels were not designed to scale up and down with the scale and frequency that economies are closing down and opening up, creating room for short-lived but significant supply and demand imbalances," Dr Broadstock said.

He added that higher energy prices can affect all goods and services, but added that while high prices may persist for awhile, they will not persist indefinitely.

"High oil and gas prices drive up the costs of production and there will be secondary pass-through effects on prices of goods and services if oil prices remain elevated," said Mr Lee.

Meanwhile, gas tariffs for households will also increase in the coming quarter.

They will go up by 1.17 cents per kwh in a 6.1 per cent increase, said City Energy, the producer and retailer of piped town gas here.

The increase is due to higher fuel and non-fuel costs compared with the previous quarter, said City Energy.