A mum's outing with her child in Punggol's Waterway Point was cut short after the steps of the escalator she was riding suddenly dislodged in front of her on Nov 29.

The woman named Priscilla, who had her child strapped to her in a carrier, had to turn around to climb back up the stairs. Though she managed to escape unscathed, the incident left her shivering in fear.

She later recounted the events on her blog. According to her, there had been a woman pushing a pram in front of her who had just stepped off the escalator before the steps dislodged.

When Shin Min Daily News reporters arrived on scene that night, they noted that while the escalator was not in use, the repairs had yet to be completed.

A shopkeeper who witnessed the incident shared how there had been a sudden loud noise. When she turned around, she spotted a mother cradling her child, frozen on the steps.

Fortunately, someone had already pressed the emergency stop button, the shopkeeper said.

Another shopkeeper told reporters that over the past year, the escalator would sometimes jerk at random occasions, despite undergoing frequent maintenance. 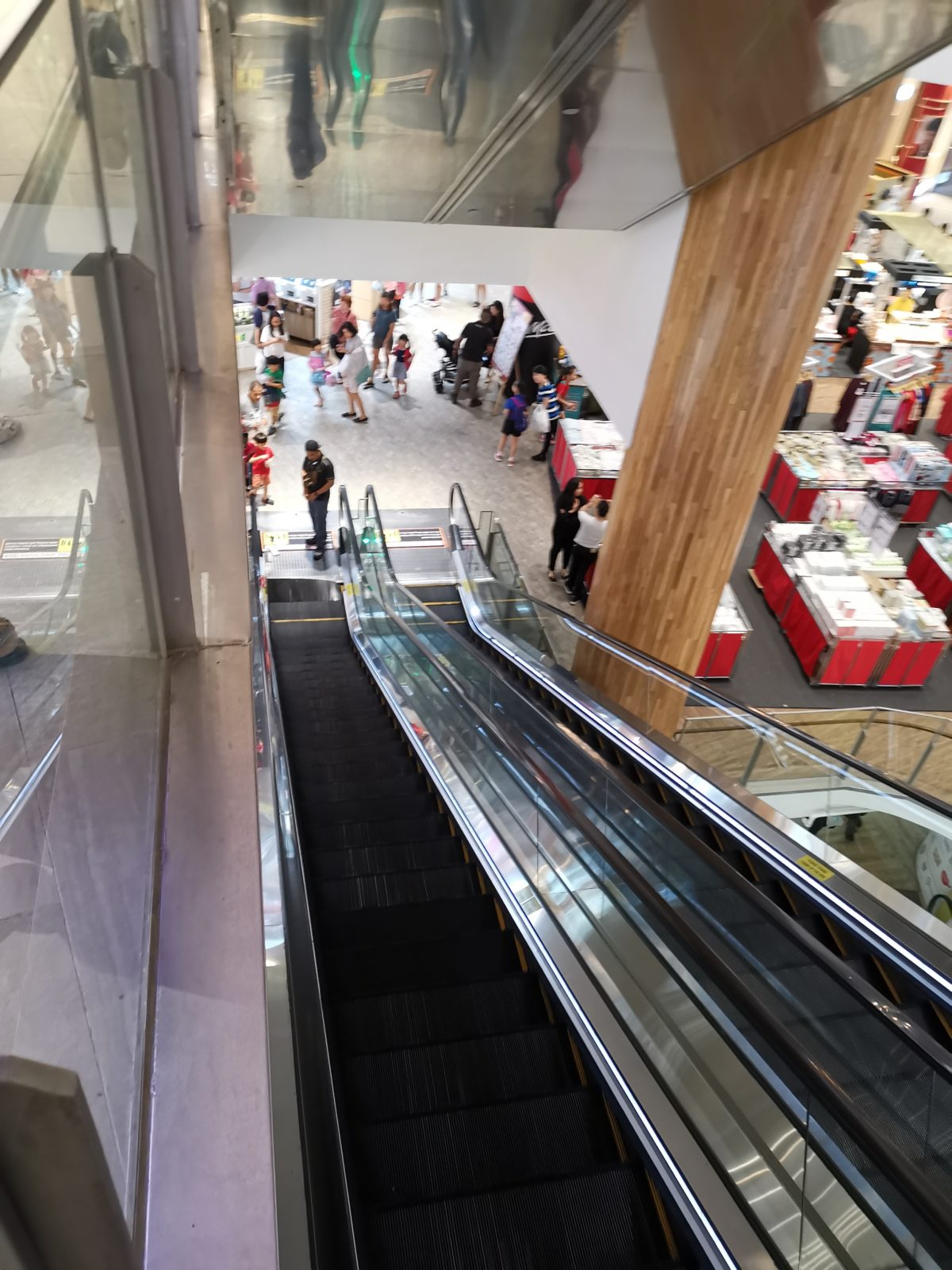 A spokesperson for Waterway Point told AsiaOne that a stroller's wheel as the cause of the accident.

"In this particular case, our investigation showed that the wheels on a pram that was used on the escalator got caught and wedged between the escalator steps. This caused the steps to be unable to retract normally into the escalator pit. The steps thus dislodged and this triggered the safety mechanism to stop the escalator from operating."

There were no injuries reported. The affected area was cordoned off, and security personnel were on site to redirect customers. The spokesperson also reminded shoppers to exercise caution whilst riding escalators. Those pushing baby prams or grocery carts are encouraged to take the lift instead.

Just two months ago, a similar incident occurred in the very same mall whereby an escalator "sent people tumbling" after its steps were dislodged in the middle of operations.

Correction: A previous version of this article incorrectly stated that Priscilla's child was in a pram.

#Escalators #Accidents #Malls #In Case You Missed It