Ex-admin director at Catholic centre jailed for embezzling over $600,000

An administration director of the Catholic Spirituality Centre (CSC) embezzled more than $600,000 by, among other things, forging the organisation's cheques.

Francis Xavier Wan Kwong Yee, 66, who held the position from 2004 to 2014, was yesterday sentenced to four years and four months' jail.

Wan, who was a full-time volunteer and is no longer with CSC, pleaded guilty to three forgery charges and 10 counts of forgery for the purpose of cheating. He also admitted to one count each of criminal breach of trust and cheating.

The court heard that CSC has its office in Upper Serangoon Road, and is an establishment within the Titular Roman Catholic Archdiocese of Singapore (TRCAS).

Deputy Public Prosecutor Nicholas Lim said yesterday that Wan forged three CSC cheques for $370,000 in total between July 27, 2010, and Sept 26, 2014, and the monies were credited to his personal bank account. 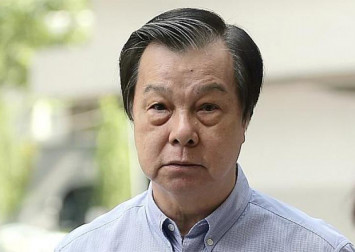 Wan would state TRCAS as the payee but would deliberately make a minor mistake in spelling its name. He would then rectify the error and get the authorised signatories to countersign against the correction.

Besides this, Wan also unlawfully obtained cash through other methods, such as altering more cheques.

His offences came to light on Nov 28, 2014, when one of the authorised signatories, Friar Jude David, received a call from DBS Bank to verify if CSC had issued a cheque for $100,000 originally made payable to TRCAS but which was altered to show Wan as the new payee.

The friar told the bank to stop the payment and confronted Wan, who admitted he had forged the cheque.

In a statement yesterday, CSC told The Straits Times that immediate safeguards had been put in place after it discovered the misappropriation.

Wan was suspended from his duties on Dec 26, 2014. He is now out on bail of $60,000 and has been ordered to surrender himself at the State Courts tomorrow to begin serving his sentence.