Hoon Qi Tong was a Singapore Management University student when he committed the offence.

A woman who was filmed by a pervert while using a toilet cubicle is now terrified of public toilets.

She said she now checks every public toilet first, and will not use a cubicle if the neighbouring ones are occupied. And she tries to get someone to accompany her out of fear that a man might follow her into the toilet.

The letter was submitted to the District Court, where Hoon Qi Tong, 25, was yesterday sentenced to a short detention order (SDO) of two weeks after pleading guilty to one charge of insulting the woman's modesty.

A charge for criminal trespass was taken into consideration.

An SDO is a short jail term without a criminal record.

Hoon, then a Singapore Management University student, was interning in an office in downtown Singapore when he took an upskirt video of a female colleague in August 2017.

Deputy Public Prosecutor Tan Yanying told the court that Hoon soon lost interest in such videos and tried to film women in the toilet instead.

After failing twice, he noticed the victim, 31, who was a colleague, heading to the toilet at about 6pm on Sept 13.

Hoon followed her, and after she entered a cubicle, he sneaked into an adjacent cubicle and filmed her from above with his phone.

But the victim looked up after hearing noises from his cubicle and saw his phone.

She confronted Hoon and he agreed to delete the videos he had taken of her.

In her letter, the victim said she was horrified to see the screen of his phone filled with thumbnails of videos.

"Most of the clips appeared to have been taken inside the female toilet," she said.

She also said she feared for her safety when Hoon grabbed her arm and told her not to report the matter.

But she managed to run back to her office and informed her manager. The police later arrested Hoon, and seized his phone and MacBook.

District Judge John Ng noted that the harm Hoon caused to his victim was "apparent" from her letter to the court.

The judge, who also ordered Hoon to perform 130 hours of community service, said a detention order "should not be perceived as a soft option", as Hoon will be behind bars and deprived of his liberty. 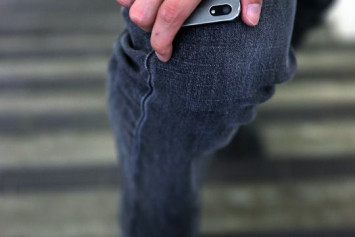 Hoon, who graduated from SMU this year and is working in his father's company, was granted a deferment of sentence to Jan 7 next year.

For insulting the modesty of a woman, he could have been jailed for up to a year, or fined, or both.