The seating area at a food centre is cordoned off to restrict dining-in as part of the latest measures to curb the coronavirus disease (Covid-19) outbreak in Singapore, on July 23, 2021.

SINGAPORE - For months, Briton Jamie Pierre has been trying to get approval to travel to Singapore for his new job there. But after repeated checks online plus multiple emails and messages, he is frustrated, confused, and still without an entry permit.

Now, as Singapore says it may ease Covid-19 quarantines in September for vaccinated people, he hardly dares feel optimistic.

"It does give me some hope," said Pierre, 32, who works for a marketing procurement platform.

"But ... I'm kind of tempering that hope" with worry of more delays, he added.

The pandemic has disrupted global mobility on a scale that hasn't been seen since World War Two. Governments in the Asia-Pacific region, including Australia, China, Thailand and Hong Kong, have maintained quarantine and entry requirements.

Singapore - long known as a global financial hub for highly mobile foreign professionals - has had especially strict border controls, quarantine and contact tracing. It has been one of the most successful countries in curbing Covid-19, with only 39 deaths.

But for its legions of foreign workers - who make up one-fifth of the 5.7 million population - the restrictions have been a nightmare, with many stranded abroad despite having jobs and visas, and others afraid to leave for fear of not being allowed to return.

The government recently said it was considering quarantine-free travel for people fully vaccinated against Covid-19 starting in September, when 80 per cent of the population should be inoculated. It also plans to review some virus restrictions in early August, when two-thirds are on track to be inoculated.

The pandemic has forced Singapore to weigh its reputation as one of the world's most accessible business climates against its efforts to control the virus.

"As a small economy, Singapore must and will remain open and connected to the world," the manpower and trade ministries told Reuters in a written reply to questions.

"We cannot afford nor do we have any intention to close ourselves off to the world for longer than necessary," it added.

Since last year, foreign work visa holders have needed special permits to enter Singapore. The city-state largely stopped accepting new applications from most countries in May after a surge in coronavirus cases globally.

Although many workers have successfully entered, others have been frustrated. A Facebook group with 18,000 members features accounts of navigating an opaque permit system.

There is no official data on how many foreign workers are stranded, but an online petition seeking entry for vaccinated passholders from India has nearly 5,000 signatories, many of whom share tales of families separated for months on end. 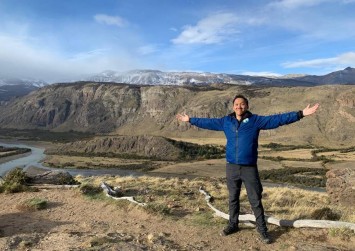 Singapore-based business owner Yigit Ali Ural travelled to Turkey last month for a family emergency. Uncertain of getting approval to return, he gave up his rented apartment, losing thousands of dollars in deposit.

"We are in limbo - whether to stay in Turkey and try to come back to Singapore. Or just forget it," said Ural, who is Turkish-American.

Pierre has been working remotely until he's allowed to enter Singapore. He has spent months in Airbnbs and temporary accommodation in the UK with his wife and toddler.

"I have to essentially work irregular hours to be able to keep communication with the region," said Pierre, calling the situation "stressful".

Singapore's government said approvals are based on Covid-19 risk levels of the countries applicants are coming from, and it prioritises more critical travellers.

Singapore's tentative reopening moves are being closely watched - not only by anxious expatriates but also by other countries that are further behind in vaccinations.

"Other countries currently pursing zero-Covid strategies, such as China, Hong Kong, Australia, and Taiwan, will be keeping a keen eye on Singapore's progress," said Gareth Leather at Capital Economics.

Read Also
From Singapore to Hong Kong and Australia, Asia's Covid-19 reopening is as much about politics as it is about science 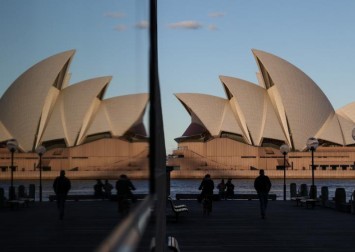 A decrease in the number of foreigners last year pushed Singapore's population down 0.3 per cent to 5.69 million, the first drop since 2003.

For now, expatriates who have not seen their families since the pandemic began are keeping a close watch on the September plan.

"Going there is easy. But what are my chances of actually coming back?" said Maura Geertsma, who is Dutch. "I need to be confident that I'm able to return to Singapore."