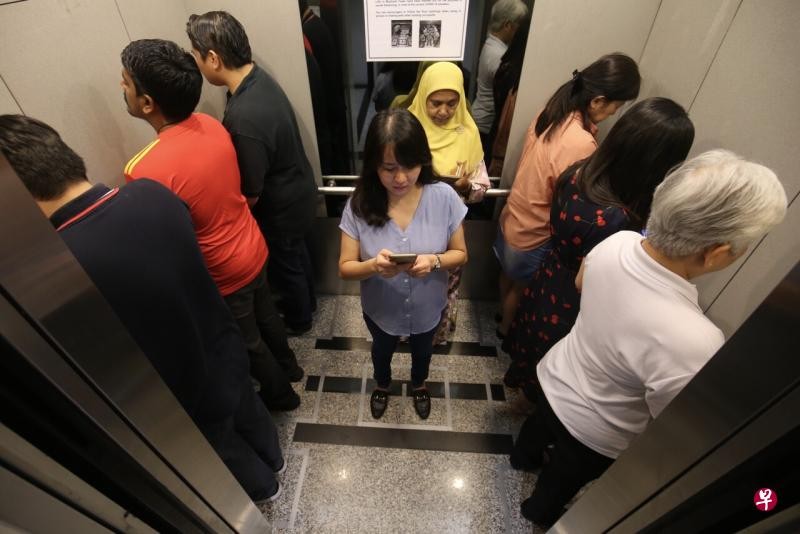 In a bid to prevent the spread of Covid-19, the Government has made a call to everyone to observe social distancing.

For many Singaporeans, that means complying with new measures which include queuing an arm's length away from each other, sitting further apart while dining or watching a movie.

Even ministers sat a metre apart at press conferences to set an example.

Perhaps the most interesting measure of all was the one spotted by Redditor twanniewan yesterday (March 19). 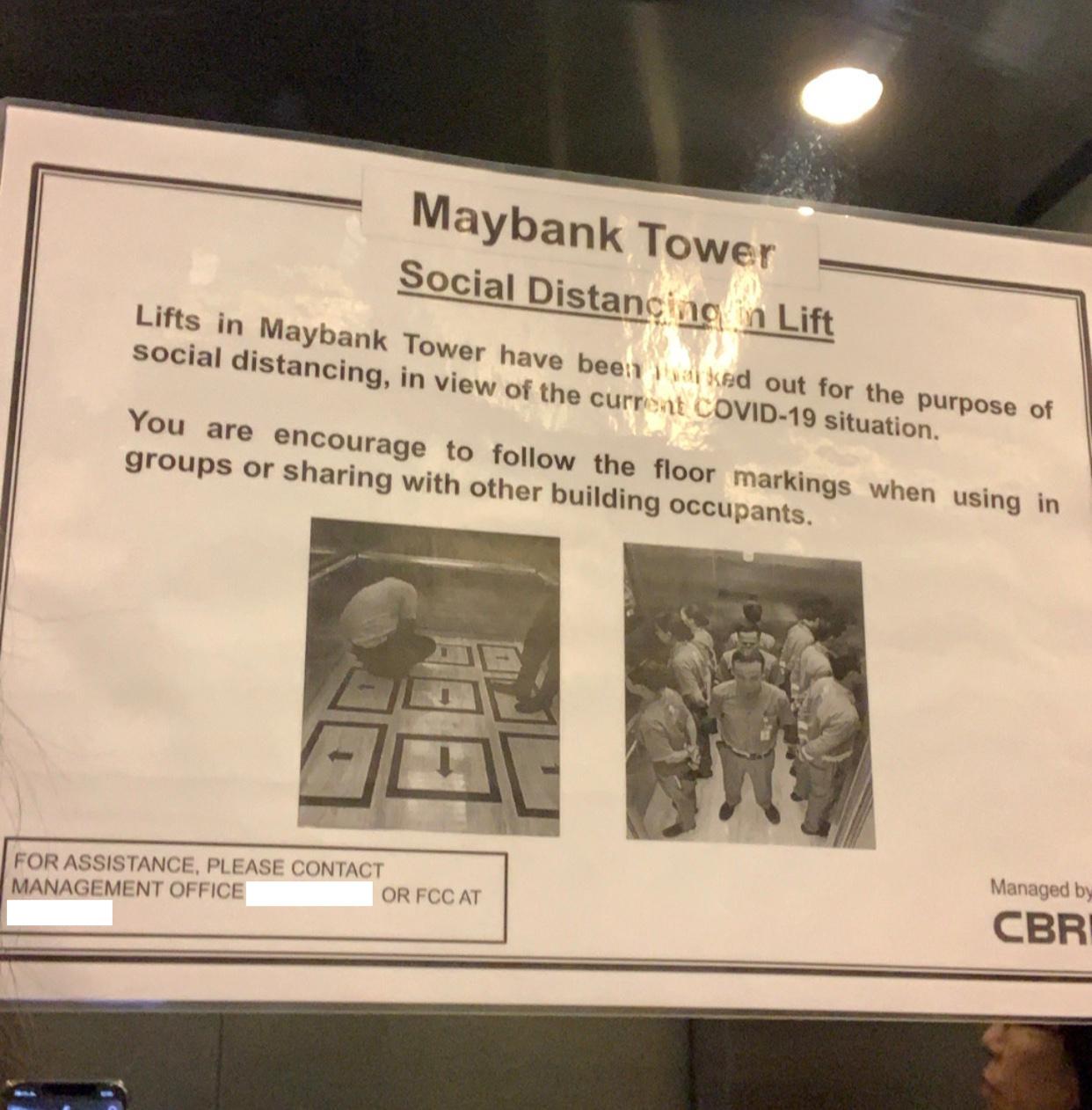 A curious sign was placed in one of Maybank Tower's lifts, informing its occupants to face away from one another while riding the lift — most likely to prevent any accidental spread of droplets through the air.

When a Lianhe Zaobao reporter visited the building today, she found that not only were guests and staff screened for fevers, entrances and exits were also separated to ease the flow of human traffic.

Sectioning the lift space was just one of the measures the building had in place.

A 56-year-old female employee told the Chinese daily the grids on the lift's floor were only added after work ended the night before.

As opposed to the harsh black grids shown in the sign, the grids in the lift were a mild shade of grey instead which made her feel less intimidated by it.

She said: "Even though we can't talk to our colleagues in the lift anymore, but for the sake of everyone's health, this is something we have to accept."

Another employee, 43, praised the new measure.

"As we spend around eight hours in the office, having everyone's temperatures screened before they enter the building, as well as introducing a new social distancing measure in the lift, makes us feel more assured."

The unusual poster isn't the first of its kind; a hospital in Thailand also rolled out signs in their lifts denoting which direction each passenger should face.

The Ministry of Health (MOH) advisory on social distancing in the workplace can be found online, though none of the measures mentioned anything about having to distance from one another within a lift.