A young BTS fan in tears as she's escorted away after finding out that her ticket was a fake.

The young BTS fan beamed with anticipation and was clearly excited as her turn came to enter the Singapore National Stadium after a long queue.

But it was not to be.

Clutching her ticket for the South Korean boyband's much-awaited Jan 19 concert, the girl, who looked to be of primary school age, burst into tears when staff told her she could not enter the venue.

The reason: The ticket she had bought was a fake.

She was not alone.

Just five minutes later, a woman in the same queue was also turned away because her ticket had already been scanned for entry about half an hour earlier.

This meant that it was likely also a fake, and someone had probably made duplicates and sold it online to her friend, who had bought it for her, as the woman was overheard explaining to a counter staff member.

Like the young fan, she too, was turned away, unable to join in the sold-out gig by the popular seven-member group, who was returning to Singapore after four years as part of their Love Yourself World Tour. 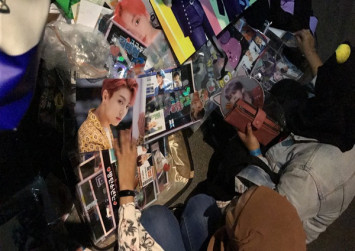 "Any unauthorised resale tickets identified will be voided and denied entry to our venue."

Days before the BTS concert, the Sports Hub had issued a media advisory that tickets would have their bar codes scanned at access points, and that each validated ticket could be scanned only once.

Said the spokesman: "By purchasing tickets through resellers other than the authorised ticket agent, buyers take the risk that the validity of the tickets cannot be guaranteed as it could lead to seizure or cancellation of those tickets without refund or other compensation."

A BTS fan from the US, who wanted to be known only as Ms Paulina, 31, also thought she had a valid ticket, but she was turned away.

Ms Paulina, who works for a San Francisco-based law firm, tweeted about her experience.

She later told TNP she had bought the ticket, which cost $437.35, from StubHub, through an online ticket exchange company based in the US, after arriving in Singapore.

She said: "I found out I was scammed when I attempted to pass the security gates at the show.

"I was told that my ticket had already been scanned.

"I was directed to the concierge service line, but since I purchased my ticket from a third party, they could not help me."

She contacted StubHub immediately through its livechat feature on its website and was e-mailed a replacement ticket.

Madam Christina Poon's 17-year-old daughter was also scammed. She shared the incident on Facebook and told TNP that her daughter had bought a ticket from online marketplace Carousell.

The 45-year-old sales planner said her daughter found a person who was selling a single ticket for $480, up from the original price of $280. 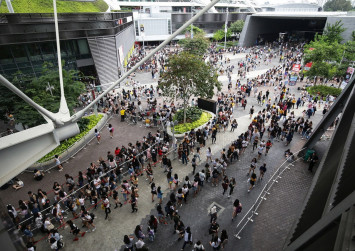 Tickets for the concert were priced between $88 and $348.

Madam Poon's daughter made a $200 deposit through bank transfer. But a week later, the seller stood the teen up three times, claiming each time that he was busy when she tried to arrange to meet him. The teen asked for a refund but he became uncontactable.

"My daughter was depressed because she could not see her favourite band. She felt hurt that she had been cheated," she said.

Carousell told TNP it had received reports from other BTS concertgoers claiming to be scammed and were in touch with them.

It has suspended a user account that did not deliver tickets of the BTS Singapore concert, the spokesman added. Investigations are ongoing.

Said the spokesman: "If any account is found to have engaged in fraudulent activity, we will not hesitate to suspend and ban the user."

According to the National Crime Prevention Council, $930,000 have been lost in 1,277 reported online purchase scams in Singapore.