Senior Minister of State for Law Edwin Tong said that closed platforms, the likes of chat groups and social media groups, serve as "a public megaphone" as much as open ones.

A proposed law to fight fake news will also cover closed communications platforms - such as chat groups and social media groups - and even those with end-to-end encryption that only allows senders and recipients to read the messages being exchanged.

Senior Minister of State for Law Edwin Tong said in Parliament on Tuesday (May 7) during the debate on the Protection from Online Falsehoods and Manipulation Bill that closed platforms, the likes of chat groups and social media groups, serve as "a public megaphone" as much as open ones.

"As falsehoods can be hidden from view, they are ideal platforms for the deliberate spread of falsehoods. Researchers believe that in closed spaces, people are more susceptible to emotive falsehoods, because these are the spaces inhabited by the familiar and the trusted," he added.

"The Bill therefore recognises that platforms that are closed are not necessarily private. They can be used not only for personal and private communications, but also to communicate with hundreds or thousands of strangers at a time." 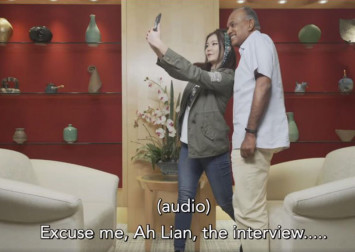 The Bill, which is being read for the second time in Parliament, provides a minister with powers to order corrections or removals of online falsehoods, among other tools.

Corrections will take the form of a notice warning people about the falsehood, and this notice can set out the facts, or provide a link to the facts, Mr Tong said.

Besides a general correction that is amplified or published on certain platforms, such as news outlets and Internet intermediaries, the corrections can also be targeted, and act as a warning tag on the falsehood, he added.

Mr Tong said directions can be issued against false statements communicated over the Internet regardless of the platform, and whether they are open or closed.

Read Also
Fake news must be curbed before it affects society: PM Lee 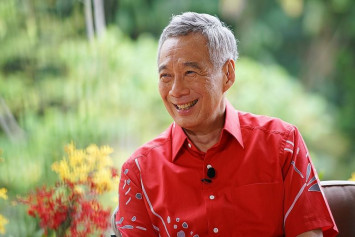 He noted in his speech that a general correction order may be issued for closed communications platforms with end-to-end encryption.

"We will also find additional ways of dealing with the harm that can materialise from falsehoods spreading on encrypted closed platforms," Mr Tong said.

The directions under the Bill are also "flexible enough to deal with falsehoods spread on platforms that are developed in the future", he added.

Platform neutrality in the legislation was an important design principle, based on the findings of the Select Committee on Deliberate Online Falsehoods which published its report in September last year, said Mr Tong.