SINGAPORE - The family of a woman, who is in a permanent vegetative state following surgery to remove a brain tumour, has sued the National University Hospital (NUH) and its most senior neurosurgeon, seeking at least $2.5 million in damages.

The lawsuit, brought on behalf of Madam Goh Guan Sin, 68, by one of her daughters, alleges that Dr Yeo Tseng Tsai, who is head of NUH's neurosurgery division, and the hospital were negligent in treating and caring for her after her operation.

On Wednesday (April 17), in his opening statement on the first day of the High Court trial, Mr Abraham Vergis, who is acting for Madam Goh, said: "This entire case is about the callous and cavalier attitude demonstrated by Dr Yeo, the team of doctors and NUH."

Madam Goh, a housewife, was diagnosed with a brain tumour in May 2014. She was advised by Dr Ho Kee Hang, a visiting consultant at NUH, to remove the tumour. 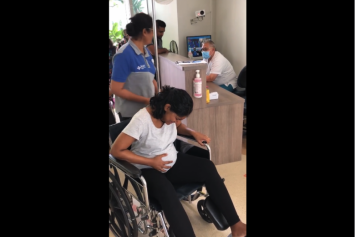 Mr Vergis said it was only on the day of the surgery that the family found out that Dr Yeo, who was seeing her for the first time, would be operating on her.

After an uneventful operation, her condition deteriorated and a CT scan showed a massive blood clot.

Dr Yeo and the two neurosurgeons who were in the team concluded that there was a bleed in the brainstem.

They decided not to remove the blood clot. Instead, they inserted a shunt to drain fluid that had accumulated in the brain.

Madam Goh has been hospitalised at NUH since then and her family blames Dr Yeo and the hospital for causing her to suffer irreversible brain damage.

Mr Vergis said the plaintiff will be calling experts to testify that Dr Yeo's conclusion that there was a brainstem bleed was a misdiagnosis. 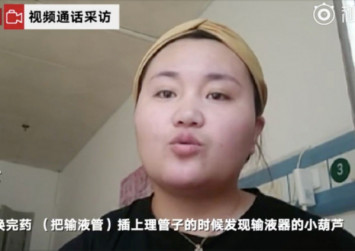 He criticised Dr Yeo's decision not to remove the blood clot and opting instead for a conservative treatment that, he said, caused more harm to her.

He also argued that Madam Goh, who already had fluid in her brain prior to surgery, should have been treated for that before the procedure to remove the tumour.

Mr Vergis also said it was "shocking" that Dr Yeo was prepared to operate on a patient he was meeting for the first time.

He argued that surgeons have a duty to personally examine the patient before surgery and be around for complications after surgery.

Mr Vergis also alleged that Madam Goh was not monitored regularly enough after the operation.

He told the court that on May 22, 2014, Madam Goh's case was presented at the division's weekly discussion, and the consensus was that it was not necessary to drain the fluid in her brain before the tumour is removed.

It was Dr Ho, who was undergoing cataract surgery three days before Madam Goh's operation, who asked Dr Yeo to perform the surgery, said Mr Lek.

Mr Lek said an appointment was made for Madam Goh to see Dr Yeo on May 27 but she did not turn up.

He said Dr Yeo was sympathetic, but he had not breached his duty of care to her.

Senior Counsel Kuah Boon Theng, representing NUH, noted that public hospitals operate on a team-based system, in which advice and care may be given by various doctors.

On the complaint that Dr Yeo was seeing Madam Goh for the first time, she said the only other option was to cancel or reschedule the procedure.

Ms Kuah noted that Dr Yeo was the most senior surgeon at NUH to carry out the operation and he was assisted by two accomplished surgeons.

She argued that, based on the plaintiff's contention that Dr Yeo should monitor Madam Goh after surgery, senior surgeons would not be able to carry out more than one operation a day.

Madam Goh suffered a poor outcome, which has been devastating for her family, said Ms Kuah, but this was not the result of negligence on the part of the surgeons or hospital staff.

The defendants will be calling experts in neurosurgery, radiology and neuroradiology to make the case that the treatment and care of Madam Goh was appropriate.