Fasting patient yells at SGH staff for not letting him eat 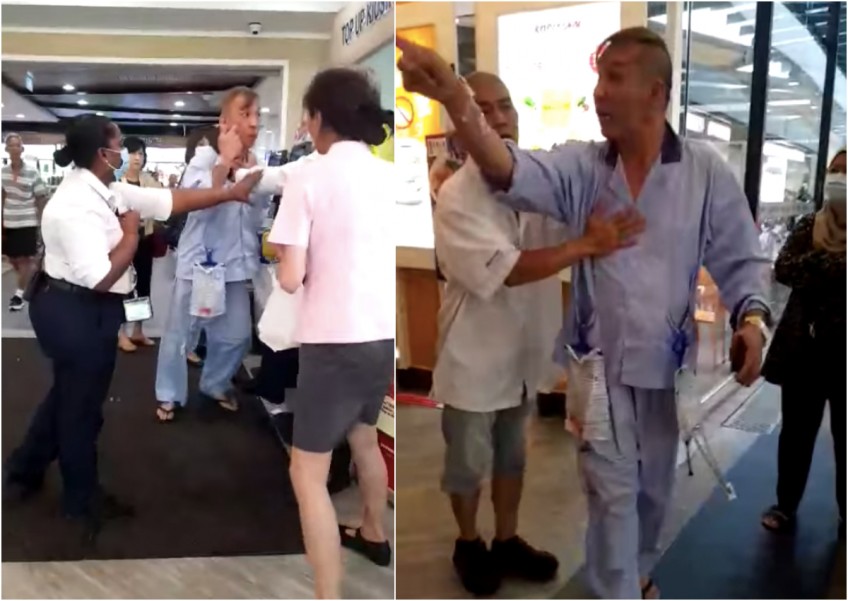 Allegedly unhappy that he wasn't allowed to eat, a patient from Singapore General Hospital (SGH) got into a heated argument with the hospital's security officer, causing a stir online after the video was circulated.

In a 20-second-long video uploaded to Facebook yesterday (Feb 2), a male patient was seen yelling and behaving in an aggressive manner towards a security officer.

Despite being held back by the security officer, he continued to push forward and yelled at the other. A passer-by intervened and successfully separated the two but still had to hold the patient back.

He continued to gesture aggressively while yelling: "This is not concern about you okay? I and the doctor okay? (sic)"

SGH later explained that the patient's doctor had gone to the food court to stop the patient from eating that day because he was scheduled for a procedure that required him to fast beforehand.

As there were urgent cases before him, the patient's procedure was delayed and resulted in an extended fasting period.

SGH has released a statement on Facebook apologising for causing the patient discomfort from prolonged fasting.

It did, on the other hand, stress that the hospital would not tolerate any form of abuse towards its staff and that it would not hesitate to take action should anyone be caught doing so.

The statement read: "They deserve consideration, respect and a safe environment to work in so that they can continue giving their best."

Should patients or family members find the hospital's service below expectations, they are encouraged to leave feedback instead.