Fear and frustration for maids and employers amid Covid-19 pandemic

Six days into serving her stay-home notice after arriving in Singapore on Dec 21 last year, a new maid from Indonesia started feeling unwell.

The single mother, 40, who had left home for the first time to start a new life as a foreign domestic worker (FDW), developed a mild cough and headache while being confined at the Genting Hotel Jurong.

On Jan 3, she was given a nasal swab test, and her worst fears were realised when she tested positive for Covid-19.

"I was so afraid," the Surabaya native, who wanted to be known only as Nurul, told The New Paper over the phone last week from a quarantine facility in Tuas.

"I did not know whether I would be able to start my new job and was also concerned for my health," she said through a translator.

"I felt alone. I was missing my family, especially my two-year-old son whom I had not seen in three months."

To Ms Nurul's relief, her agent reassured her that she could start work after recovering as her employer was willing to employ her.

The employer, who declined to be named, told TNP that she still has concerns whether Nurul would remain infectious after recovering because her elderly mother is sickly.

But it was difficult to get a replacement maid at short notice, so she is prepared to cope by taking precautions such as Nurul wearing a mask when tending to her mother. 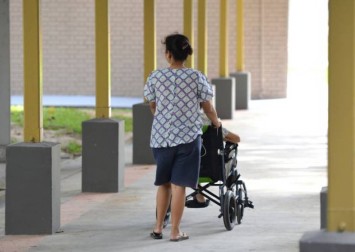 The mother of three, who is currently jobless, added: "It has been frustrating. We have not had a maid for about 10 months and I had to turn down a job offer to take care of my children and mother."

Amid the pandemic, such situations and frustrations are not uncommon.

Nurul is among 130 new and returning FDWs who tested positive for the coronavirus between Dec 23 and Jan 9.

Most of the recent new infections here are imported cases.

To gain entry into Singapore, migrant workers from most countries must have a valid negative test result from an accredited or recognised laboratory taken within 72 hours before departure. Recovered patients need not take the pre-departure test but must produce documentation with the date of the first positive test result taken between 22 and 180 days before the date of arrival in Singapore

Last November, the Ministry of Manpower told TNP while pre-departure tests will not eliminate all imported cases, they should help limit the numbers over the next few weeks.

Maid Avenue general manager William Lau said there could be occasions after the pre-departure test where the maid may come into contact with an infected person.

He told TNP: "Given that the test can be taken up to 72 hours before departure, maids may still be able to contract Covid-19 from those who are staying with them in the boarding house.

"They may also get it during their flight or ferry ride here.

"Another reason could be that some maids share a double room during their stay-home notice here, exposing them to some level of risk." 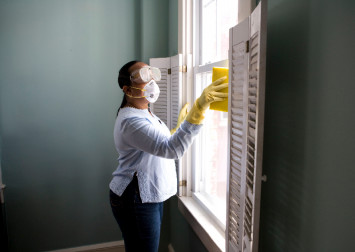 Universal Employment Agency director Leong Kim Huey said: "It is hard to ensure the authenticity of tests done outside Singapore, so the number of FDWs testing positive for Covid-19 is not surprising."

Despite the number of FDWs testing positive for Covid-19 in recent weeks, Ms Flora Sha, who manages United Channel maid agency, believes they will still be in demand.

"Families in Singapore still require full-time helpers to assist them with their needs, especially those who need urgent care for the elderly," she said.

Highlighting a move to give employers peace of mind, Ms Sha said it is now compulsory for employers to buy medical insurance with a coverage of at least $10,000 for their FDW's medical expenses if they develop Covid-19 symptoms or test positive within 14 days of arrival in Singapore.

The insurance must be bought before the FDW arrives here.