Firms hit by Covid-19 should take other measures before resorting to pay cuts, retrenchments: NWC

The National Wages Council said retrenchment should be a last resort, and employers doing so should ensure they conduct the exercise responsibly.

SINGAPORE - Employers should support local staff who want to take on a second job to supplement their income if they have been affected by measures such as reduced working hours or temporary layoffs due to the Covid-19 pandemic, said a tripartite council.

Such workers could be looking for a part-time or temporary job with other companies, said the National Wages Council (NWC) in releasing its annual guidelines on Monday (March 30).

It also made recommendations on key considerations employers should make if they have to cut pay in order to save jobs.

But it stressed that employers affected by the coronavirus outbreak should first reduce non-wage costs and tap government support, while pressing on with business and workforce transformation.

Only those who need to should turn to trimming wage bills.

Retrenchment should be a last resort, and employers doing so should ensure they conduct the exercise responsibly and in accordance with the tripartite advisory which was updated earlier this month, said the council, which comprises representatives from employers, unions and the Government.

"The NWC calls on employers, unions and workers, and the Government to stay united and work together, to mitigate the impact of Covid-19 and position Singapore for eventual recovery," it said.

For companies which have to reduce wages, management should lead by example, and they should try as far as possible to still pay the annual wage supplement, or 13-month bonus.

Special consideration should be given to low-wage workers earning a basic monthly wage of up to $1,400.

Employers should freeze their wages if a company-wide wage cut exercise is implemented, the council said. If a wage freeze or increase is planned, they should consider giving low-wage workers a built-in wage increase of up to $50.

The council also recommended giving low-wage workers who have stepped up to assist the business during this challenging time an ex-gratia payment where possible.

Its guidelines, which cover the period from April 1 this year to June 30 next year, were released ahead of schedule this year amid the worsening impact of the coronavirus outbreak on Singapore's economy and the global economy.

Last Thursday, the Ministry of Trade and Industry further downgraded Singapore's gross domestic product growth forecast for this year to between minus 4 per cent to minus 1 per cent - a full-year recession - down from minus 0.5 per cent to 1.5 per cent. 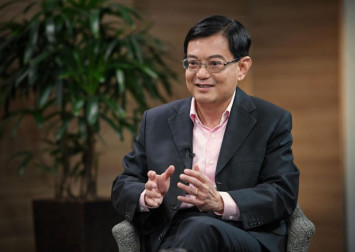 In making recommendations on fair ways to manage wage costs, the council said monthly variable components (MVC) can be adjusted if the employer cannot wait until the end of the year to adjust annual variable parts of pay.

For the nearly 90 per cent of employers which do not have an MVC system in place, they can consider treating any cut in basic wages of up to 10 per cent - or more, for management - as an MVC cut.

Employers should set clear guidelines to reverse reductions to MVC or basic salary through future wage increase or adjustments when business recovers, said the council.

Any wage cuts should be applied fairly to local and foreign employees, it added.

The council said that employers should consider the impact of any cuts to basic pay on workers with commission-based variable payments or who have been asked to go on no-pay leave, whose overall income would already be impacted.

And companies that did well last year or are still doing well should continue to reward employees with variable payments in line with the company's performance and workers' contributions.

The NWC also made other recommendations on reducing non-wage costs, managing excess manpower, and pressing on with business and workforce transformation.

The council was convened earlier this month, ahead of the usual schedule which sees it making its recommendations in end-May.

Council chairman Peter Seah said the group plans to meet again later this year to address other more permanent issues that it usually works on.

Last year, it urged employers to offer staff structured training amid rising uncertainties, and to give workers a one-off payment if the company improved productivity.

It also called on companies to raise the monthly salaries of low-wage workers by between $50 and $70, and raised the salary threshold for such workers to $1,400 a month, up from $1,300 in the previous year.