Mr Stefen Choo, director of Southern Globe Corporation, speaking at the launch of the smoking cabin outside Fusionopolis.

SINGAPORE - A cabin for smokers that converts cigarette smoke into clean air, the first in Singapore, has been installed outside Fusionopolis in the one-north area.

The air-conditioned Smoking Cabin SG, which was launched on Tuesday (May 21), is aimed at tackling the issue of second-hand cigarette smoke in Singapore.

Said Mr Choo: "I am a father of two, and there are many occasions when my family has been inconvenienced by the presence of cigarette smoke. I have always felt that there should be a better solution to contain cigarette smoke in Singapore."

Read Also
Man claims he was fined $200 with only one foot outside smoking area, NEA says he was outside 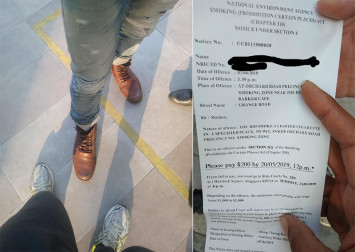 The cabin can fit up to 10 people at one time and incorporates a three-layer filtration system.

A prototype of the smoking cabin was placed outside Fusionopolis for 10 days in early May and an average of 100 smokers were reported to have used it daily. The smoking cabin will continue to be stationed in the area for a year.

"We plan to launch 60 more of these cabins all around Singapore, and a further 60 next year. The more these cabins are available in Singapore, the less exposed me and my children will be to second-hand smoke," said Mr Choo.

One cabin costs about $20,000, and Southern Globe Corporation said it is currently in talks with building owners and shopping malls to provide "second-hand smoke free places to their patrons and tenants".

Mr Drake Lim, 36, director of Design Jukebox, was among the the first few who used the smoking cabin.

He said: "I know second-hand smoke is harmful to others, so I think this is a very good addition to what we can do to help the environment." 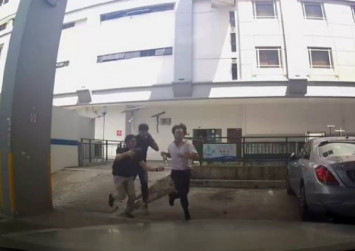 The master planner and developer of one-north, JTC, noted that the area served as a "Living Lab" where entrepreneurs, technology companies and research institutions could test-bed their urban solutions.

"The smoking cabin at Fusionopolis Plaza is one such smart solution that also provides a nicer and cleaner environment for the one-north community," said Mr Aaron Tham, director of New Estates in JTC Corporation

The National Environment Agency (NEA) has said that there is currently no prohibition for the setting up of smoking cabins, as long as they are not placed in smoking prohibited places under the Smoking (Prohibition in Certain Places) Regulations (SPCPR).

NEA has no plans currently to install similar cabins. It noted the recent implementation of the Orchard Road No Smoking Zone where Designated Smoking Areas (DSAs) have been set up and located a distance away from entrances and exits.

"Companies are advised to consult relevant stakeholders and the community on their plans. Companies are also required to seek permission from the relevant premise owners and land agencies," it said.