SINGAPORE - Two food caterers had their hygiene grade recently lowered to "C" after a total of 45 people suffered food poisoning on separate incidents in December last year and in March.

Nearly half of them ate at a student dining hall at National Junior College's (NJC) boarding school.

According to notices on the Singapore Food Agency (SFA) website this week, 21 people reported having gastroenteritis symptoms after eating food provided by Pro*3 Institutional Catering, which offers staff cafeteria and dining hall services, on March 9. The incident occurred at the National Junior College (NJC) Boarding School at 41 Hillcrest Road.

For the second case, which happened on Dec 18 last year, 24 people showed similar symptoms after eating food cooked by Chilli Api Catering, which is located at Shimei East Kitchen in Bedok North Street 5.

Gastroenteritis symptoms include diarrhoea and vomiting.

SFA investigated both incidents and announced that it will be adjusting the food hygiene grade of the two caterers to "C". 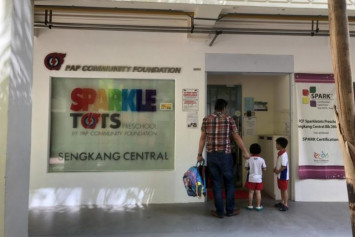 A check on the SFA website shows that both caterers previously scored an "A".

Pro*3 Institutional Catering's new grade took effect from Monday (June 17). For Chilli Api Catering, it operated with its new grade the next day.

SFA said that the food caterers' premises will be under surveillance until the food hygiene grade is reviewed in 12 months.

The public may view the revised hygiene grade of the caterer on its website after the review, the agency added.

Earlier this month, Delizio Catering had its food hygiene grade cut to "C" from its previous "A" grade, after 18 people reported having gastroenteritis symptoms.

Those affected had attended a Christmas party on Dec 12 for one of Delizio Catering's customers.

In May, food caterer Elsie's Kitchen also had its food hygiene grade downgraded to "C" after 52 people fell ill after eating its food in February.

And in March, a gastroenteritis outbreak affected 13 PCF Sparkletots pre-schools and P.L.A.N Student Care Centre. There were about 260 cases.

The source of food poisoning was traced to the consumption of food prepared at Kate's Catering, and its operating licence was suspended for a total of 52 days before the suspension was lifted on May 17.