The disciplinary tribunal will look into any possible misconduct by Mrs Lee Suet Fern. Centre: Senior Counsel Walter Woon said that he had been “asked to help out” in Mrs Lee’s case. Right: WongPartnership deputy chairman Tan Chee Meng was appointed by the Law Society.

Legal heavyweights Walter Woon and Tan Chee Meng are lined up on opposite sides in the disciplinary tribunal looking into any possible misconduct by Mrs Lee Suet Fern in preparing the last will of her late father-in-law and founding prime minister Lee Kuan Yew.

The Law Society (LawSoc) has appointed Senior Counsel and WongPartnership deputy chairman Tan Chee Meng to prosecute the case before the tribunal, a role that will see him prepare a statement about the case with input from the society, among other things.

"My role as prosecuting counsel for LawSoc is to present the facts objectively, and the decision rests with the tribunal," said Mr Tan.

When contacted yesterday, Prof Woon, who currently lectures at the National University of Singapore Law Faculty and is dean of the Singapore Institute of Legal Education, said that he had been "asked to help out" in Mrs Lee's case. 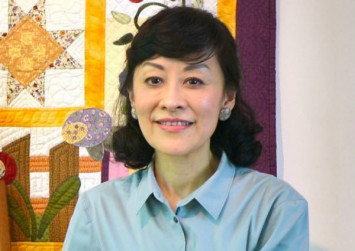 Mr Lee Hsien Yang said in a Facebook post yesterday that he was "delighted" to have Prof Woon on board. "We look forward to his legal guidance and wise counsel."

The Attorney-General's Chambers (AGC) had in January referred the case to the LawSoc because it appeared that Mrs Lee had prepared the late Mr Lee's last will and arranged for him to execute it in 2013. The AGC had then said this placed her in a position of conflict and was a breach of the rules governing the conduct of lawyers because her husband was a beneficiary in the will.

The share of Mr Lee Hsien Yang increased under the final will.

The AGC also noted that Mr Lee Hsien Yang had publicly said the last will was drafted by Ms Kwa Kim Li of law firm Lee & Lee. Ms Kwa had denied this.

Mr Lee Hsien Yang has also said that the AGC's assertion that his wife has refused to respond to it was untrue, and he called on the AGC to release the full correspondence with his wife. The AGC said there will be a full hearing before the disciplinary tribunal appointed by the Chief Justice, and Mrs Lee can present her case there.

The two-member tribunal, headed by a Senior Counsel, will hear the parties involved as well as relevant witnesses who are all subject to cross-examination. After considering all submissions and material, it will determine if there is misconduct.

If it finds the charge groundless, it will recommend the case be dismissed. If it finds misconduct, it may recommend a financial penalty of up to $20,000 or reprimand to be decided by the LawSoc's governing council. The tribunal can complete its task within six months.

If the case is sufficiently serious, the tribunal will recommend that the LawSoc's governing council refer the case to the Court of Three Judges, which is the highest body to deal with lawyer discipline. It is mandatory for the council to act on the recommendation.

The LawSoc will, as mandated under the Legal Profession Act, publish the findings of the tribunal in the Singapore Law Gazette when the matter is concluded, said LawSoc president and Senior Counsel Gregory Vijayendran.