Ong had co-founded the confectionery chain in 2011 with then-wife artiste, Jaime Teo Chai-lin, 43.

He pleaded guilty to 10 charges under the Employment of Foreign Manpower Act.

Another 14 similar charges were taken into consideration for sentencing.

Teo was fined $65,000 in March after pleading guilty to 10 similar charges.

The duo employed foreign workers in 2012, and seven of those workers were underpaid between 2013 and 2016.

The pastry chef was supposed to receive a monthly salary of $2,300 in mid-2014, but received $1,600 instead and continued receiving the lower salary until mid-2016.

The court heard the arrears in salary totalling $98,900 from when the pair owned the company remained outstanding to the workers.

No restitution has been made. 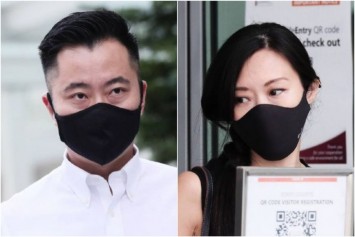 Ong and Teo sold the firm to Kolkata-based Dhunseri Group for $2.5 million in 2016.

In January, Twelve Cupcakes, under its current owner, was fined $119,500 for underpaying seven of its foreign employees, including one worker who received only about half of the wages at times.

For each charge under the Employment of Foreign Manpower Act, Ong could have been jailed for up to a year and fined up to $10,000.